‘He doesn’t care about the GOP!’ Morning Joe tells The View why Trump won’t help McConnell keep his majority 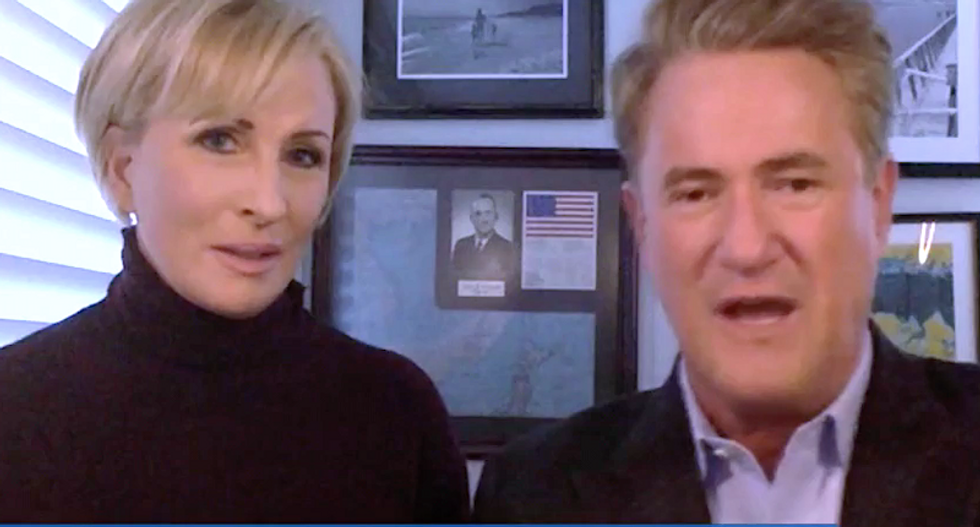 MSNBC's Joe Scarborough and Mika Brzezinski appeared Wednesday on ABC's "The View," and they bashed the Republican Party for backing a defeated president who won't do anything to help them.

Joy Behar asked the "Morning Joe" co-hosts whether Republicans were afraid to anger Trump ahead of Georgia's runoff election to decide both of the state's Senate seats, and determine whether they'll keep their Senate majority.

Scarborough said he's been waiting four years for Republicans to wise up, and few of them have.

"He's never going to help anybody but Donald Trump, and what's discouraging to me is no Republicans other than Mitt Romney have even tried to tell the truth about who Donald Trump is, and they're so obsessed about their base that it never occurs to them that maybe they can move their base along with them some," he said. "Look, Donald Trump said it himself, everybody -- all these Republicans want across the country except for Donald Trump won. Obviously he's not doing something right."

The View SmartNews
Report typos and corrections to: corrections@rawstory.com.
Like this article ? Text `Support` to 50123 to donate.
READ COMMENTS - JOIN THE DISCUSSION