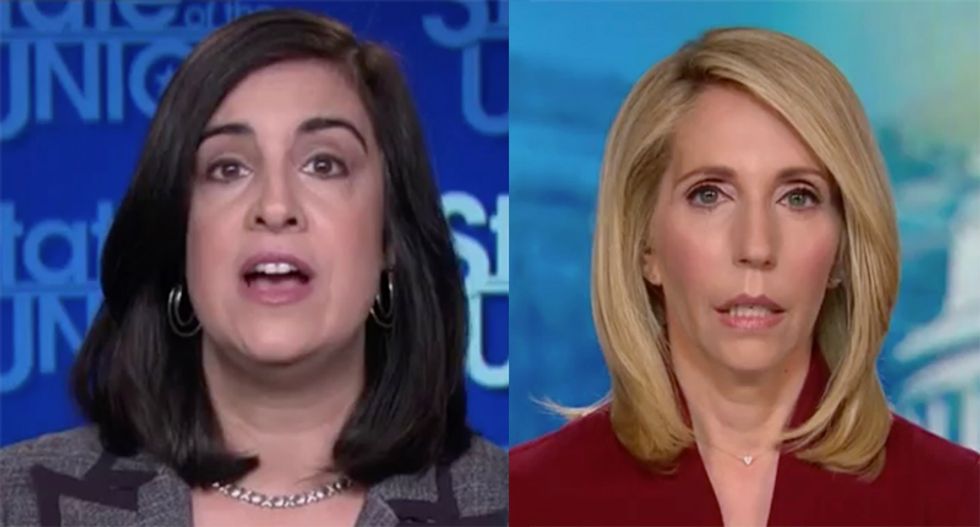 Filling in for regular "State of the Union" host Jake Tapper on Sunday, CNN's Dana Bash asked a newly-elected GOP lawmaker if the president undermined her legitimacy as a House member with his insistence there was massive voter fraud.

After noting Trump lawyers' accusations of voter fraud have been "laughed' out of court, she turned to Malliotakis.

"I'll go to you, Congresswoman-elect Nicole Malliotakis: Does it concern you that the president is undermining the results of an election that both of you won?" Bash asked.

"I don't believe that the president is undermining anything," she shot back. " I believe he is within his legal rights to be questioning any irregularities that may have surfaced. Look, this is a legal process. This is the Constitution. This should be all settled in December and the president said, should Joe Biden be elected by the electors, that he can conform with a peaceful transition. I think that is very important for us to work together and have bipartisanship -- we need to have trust in our system and this is the integrity of our election system and I look forward to working with anybody and everybody who is going to work for us for the American people when all is said and done."

"I'm guessing it's probably fair to say that neither of you think that the election that each of you won was rigged," Bash wryly noted. "I will have to leave it there."