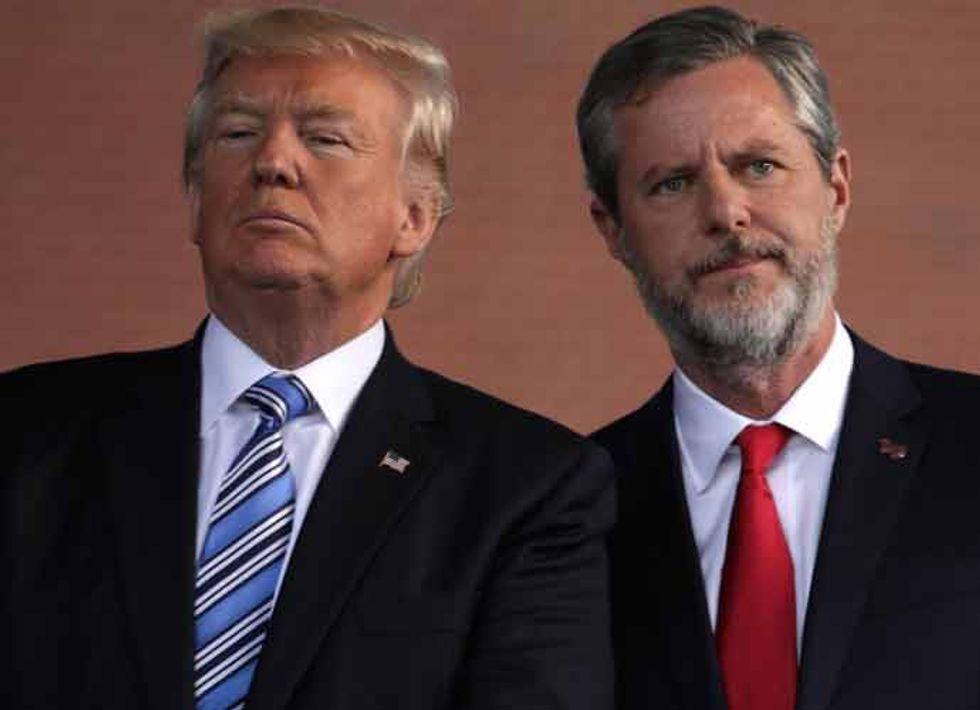 Jerry Falwell Jr., recently resigned president of Liberty University, had allegedly ranked students with his wife, Becki Falwell, that they’d see on campus and ranked the one whom they most wanted to have sex with.The scandal broke when a former student of the university told Politico that “[Becki] and Jerry would eye people down on campus. She didn’t go into specifics, but said, ‘Oh, me and Jerry play games all the time, like ‘Would you rather?’ with people on campus.’ I’ll never forget that.”The student was in a band with Trey Falwell, their son, at the time, and was 22 years old.Becki repor...