Justice Sotomayor pens scathing dissent to COVID-19 ruling: This 'will only exacerbate the Nation’s suffering' 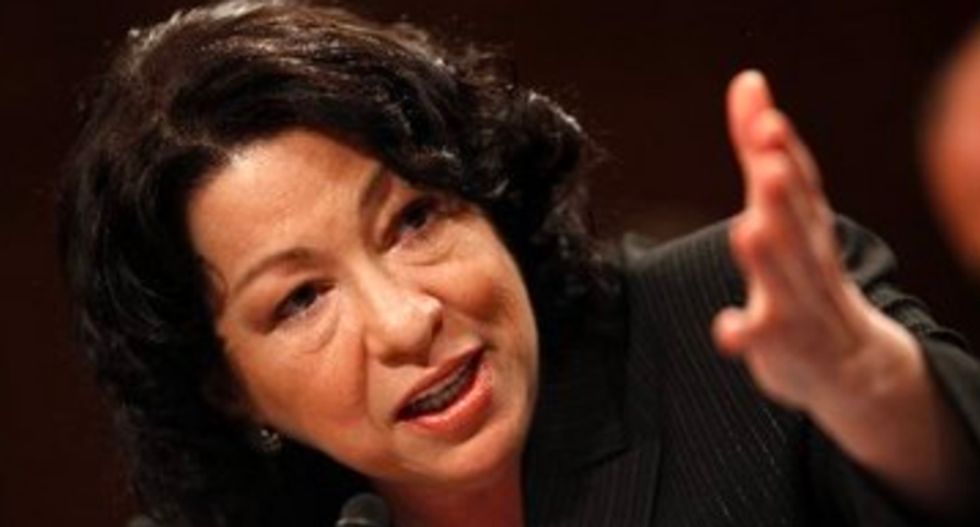 The U.S. Supreme Court ruled 5-4, in a late-night emergency ruling, that state officials could not reimpose limits on churches and synagogues to prevent the spread of the highly contagious virus, and Sotomayor penned a scathing dissent that was joined by Justice Elena Kagan.

"Amidst a pandemic that has already claimed over a quarter million American lives, the Court today enjoins one of New York’s public health measures aimed at containing the spread of COVID–19 in areas facing the most severe outbreaks," Sotomayor wrote.

The court had rejected challenges to those restrictions in California and Nevada in May and July, when Justice Ruth Bader Ginsburg was still alive, and Sotomayor doesn't understand the reversal.

"I see no justification for the Court’s change of heart, and I fear that granting applications such as the one filed by the Roman Catholic Diocese of Brooklyn (Diocese) will only exacerbate the Nation’s suffering," she wrote.

She rejected the majority's argument that religious groups were unfairly discriminated against by the restrictions, saying that COVID-19 risks were vastly different in houses of worship than other public spaces.

“Unlike religious services … bike repair shops and liquor stores generally do not feature customers gathering inside to sing and speak together for an hour or more at a time,” she wrote. “Justices of this Court play a deadly game in second guessing the expert judgment of health officials about the environments in which a contagious virus, now infecting a million Americans each week, spreads most easily.”