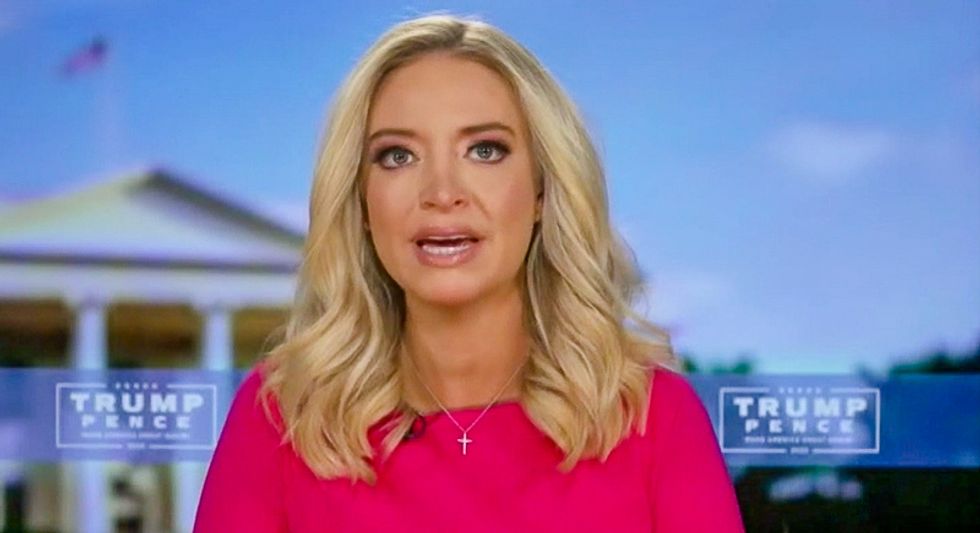 As voters went to the polls on Election Day, McEnany appeared on Fox News in her role as a Trump campaign adviser.

Fox News host Sandra Smith pointed out to McEnany that Trump has sought to undermine the counting of votes after election day in Pennsylvania. Experts have said that it could take up to three days to determine a winner in the commonwealth.

"There are three days left for those [mail-in] ballots to be tallied," Smith said.

"Ballots should only be counted as they arrive on election day," the press secretary opined. "And what the court did in Pennsylvania is say, 'No, no, no, we can count ballots that arrive up to three days after election day.' That's not how it works."

"But that's nothing new," Smith interrupted.

"We believe the court is wrong," McEnany said.

But she predicted that President Donald Trump's campaign would not need to take the election fight to the U.S. Supreme Court.

"We don't think it will come to that because I'm predicting now, we win Nevada, we win Minnesota, I do believe President Trump has a landslide and this talk of litigation is nothing," McEnany opined.

According to McEnany, Trump's 306 electoral vote win over Hillary Clinton was also a "landslide" -- even though the president lost the popular vote in that race.