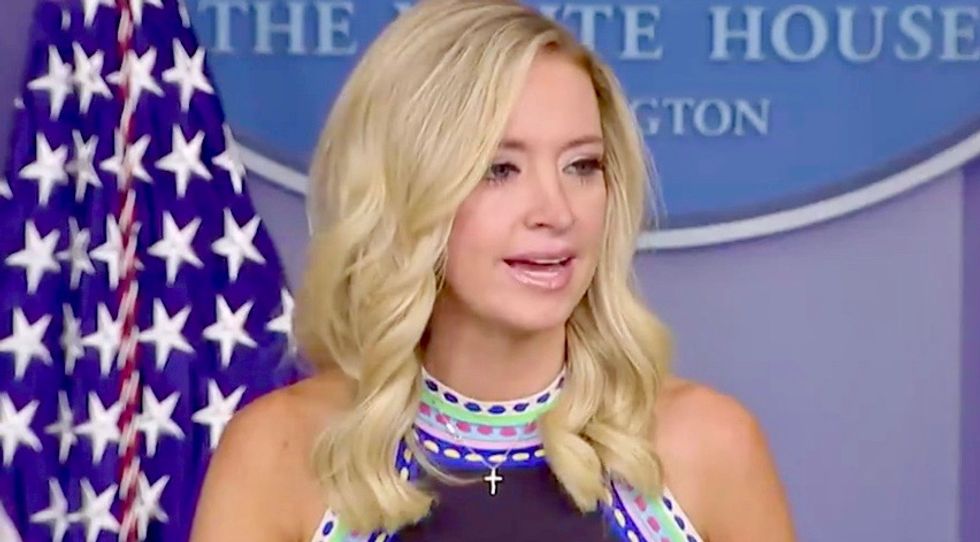 White House press secretary Kayleigh McEnany snapped at a CNN reporter during a first news briefing since Oct. 1, the day before President Donald Trump announced his coronavirus infection and more than a month before the election.

McEnany took a question from the right-wing OAN network's reporter Chanel Rion, who asked whether the FBI or Department of Justice was investigating claims of voter fraud that have been rejected by courts, and the press secretary claimed that law enforcement had tried to undermine the president since his election four years ago.

"While in 2016 President Trump became the duly-elected president, many sought to undermine him, discredit him, legitimize and deny his victory," McEnany said. "There were no calls for unity, there were no calls for healing. So while every legal vote is counted, let's not forget the inexcusable transition or lack thereof that President Trump had to endure in 2016 and four years into his presidency."

At that point, after just five questions, McEnany ended the news conference, but briefly turned back to the podium to chide CNN's Kaitlan Collins.

"I am not an activist and you haven't taken questions since Oct. 1 and you just took about five, Kayleigh," Collins said. "That's not doing your job, your taxpayer-funded job."

Collins followed up her complaint a short time later on Twitter.

It’s understandable why someone who hasn’t done their job — taking questions from reporters — in weeks would confus… https://t.co/qXAoacEXvy
— Kaitlan Collins (@Kaitlan Collins)1605894639.0