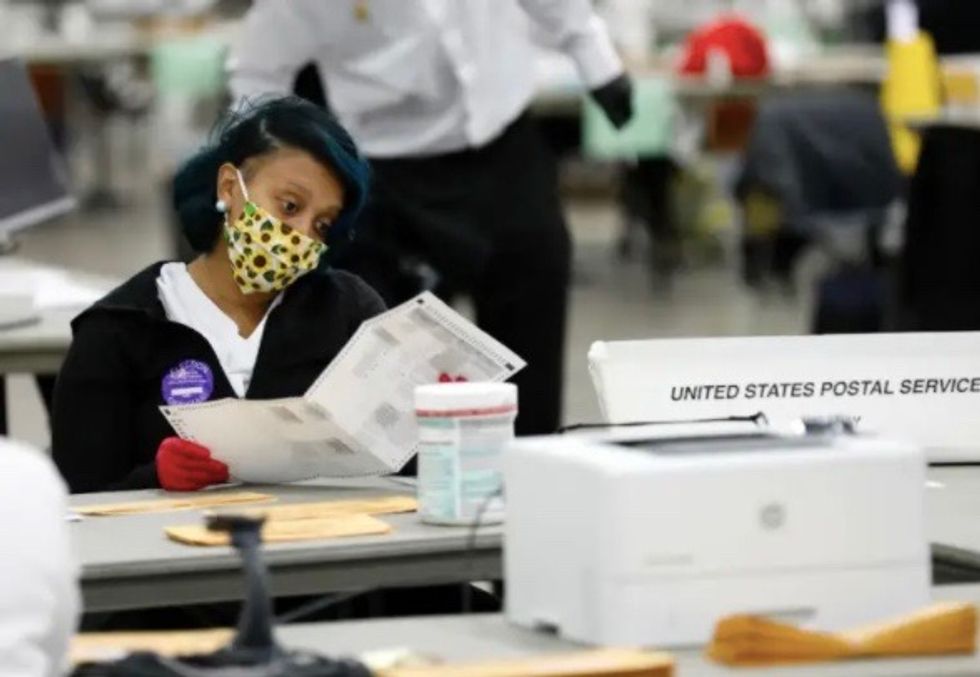 On Tuesday, Republican members of the Wayne County Board of Canvassers stunned legal observers by refusing to certify the results in Detroit — a majority-Black city that provided hundreds of thousands of votes for President-elect Joe Biden. The move is intended to force the GOP-controlled Michigan legislature to appoint their own electors who could back Trump in defiance of the popular vote — although several more things would have to happen for that to theoretically be possible.

Legal experts were quick to condemn the move — and to suggest that it won't go far.

"The Republican canvassers have no authority to do this," tweeted Sam Bagenstos, a civil rights attorney who ran for the Michigan Supreme Court in 2018. "They have a duty to certify the results. Now the State Board of Canvassers will have to do their duty for them."

"Insane," wrote University of Kentucky law professor Josh Douglas. "There's literally no evidence of election fraud or other problems with the count. The State Board will have to fulfill their duty."

CBS election law expert David Becker agreed. "Particularly unsupportable given that this election in Wayne County was the best-run in history, thanks to the partnership between the county and the state, with far fewer problems than 2016, when Trump campaign raised no issues," he wrote.

Chris Geidner, the director of strategy for the Justice Collaborative, had a blunter perspective: "Trump lost, soundly, but he and his allies want to just steal the election — by ignoring the votes of the election. This is lawlessness. Republicans need to address this, now, or admit that theirs is an irreparably rotted party."