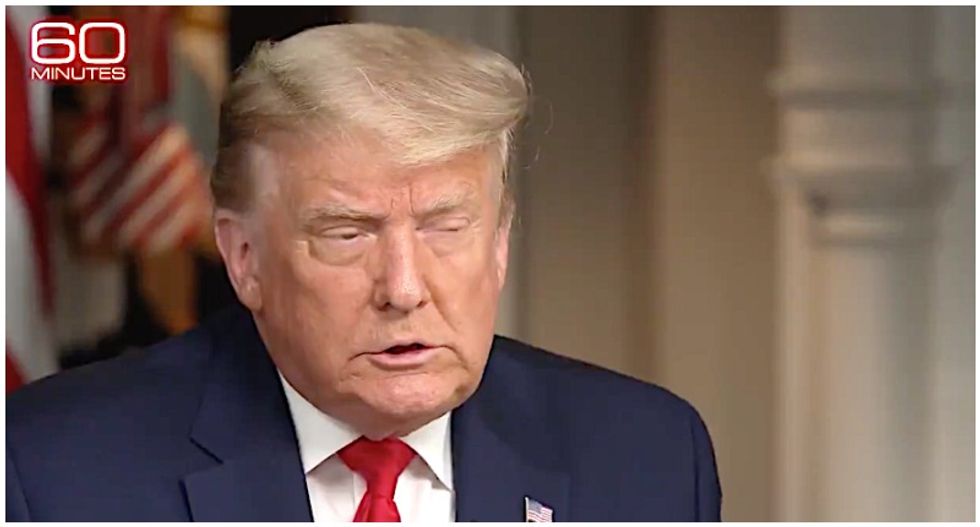 President Donald Trump during an interview with 60 Minutes. (Screenshot/Twitter)

The campaign had sought to send in their own inspectors to oversee the vote count, but Judge Cynthia Stephens mocked the "hearsay" evidence the president's lawyer claimed she heard from a poll worker, reported Law & Crime.

“‘I heard someone else say something,'” Stephens said. “Tell me how that is not hearsay. Come on now!”

The poll worker cited by Trump's lawyer claims the dates were changed on some ballots, but Stephens agreed there wasn't enough evidence to change how the votes would be counted.

A Georgia judge earlier Thursday quickly dismissed another Trump campaign lawsuit after two witnesses admitted they did not know whether 53 ballots had been received on time before they were challenged, although the county board's witnesses say they were.