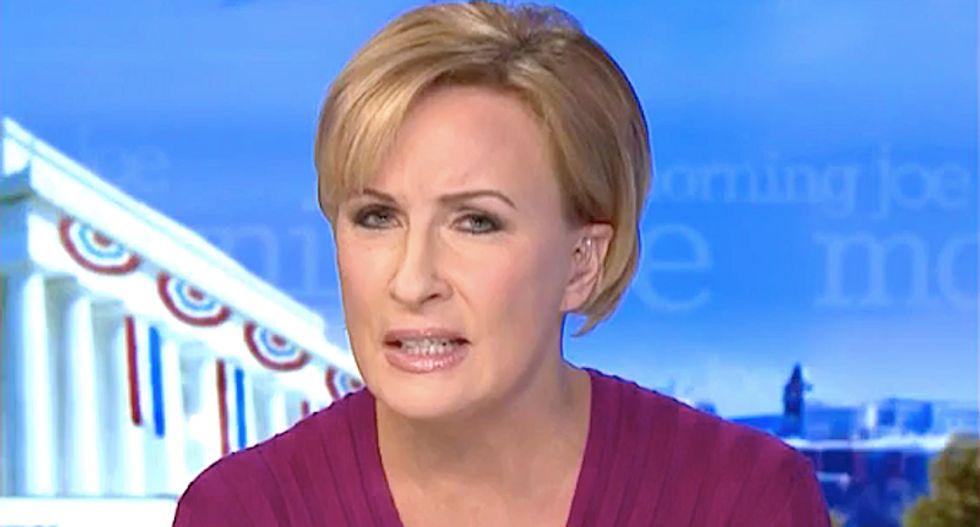 MSNBC's Mika Brzezinski called out President Donald Trump for acting like a "mad king" as the coronavirus pandemic spirals out of control.

COVID-19 infections have jumped from 10 million to 11 million in just under a week, and hospitals are crowded with nearly 70,000 patients ill with the potentially deadly infection, and the "Morning Joe" co-host begged the president to pay attention.

"While this pandemic rages on, the president is acting like a mad king, raging only about himself," Brzezinski said. "Think about this, because this is literally the worst of the pandemic, which we thought we had seen a few months ago, but because, I'll say it quite frankly as fact, it was so pathetically handled, and people are still here and people are still dying and almost 250,000 fatalities due to the coronavirus, and many of those fatalities were not necessary. [This] could have been mitigated, could have been prevented by good leadership, and the president is raging on."

"We're past his stupid tweets," she added. "I mean, it's not even worth reading them on the air, it's a waste of time, it's insulting to the intelligence of the viewer. The fact he's raging on Twitter, 'I won the election,' like a little boy stamping his foot because he didn't get what he wants. People are dying, and while that platform could be used to show empathy and compassion, while that platform could be used to lead on this, he is abusing it. It's malpractice, it's beyond unpresidential. It's almost -- well, it's a complete disservice to the American people."