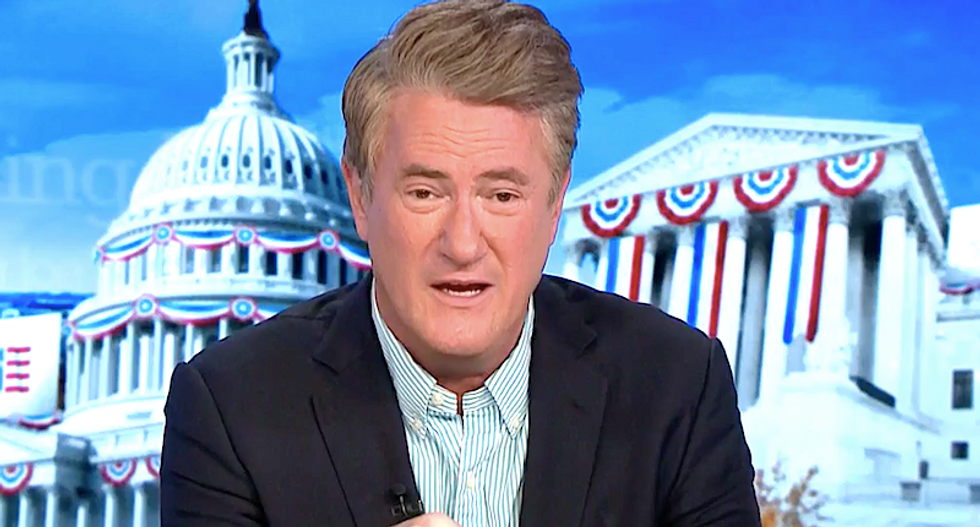 The "Morning Joe" host rolled a supercut video of various Fox News broadcasters calling on Hillary Clinton to concede, which she did the day after the 2016 election, and now backing Trump's baseless conspiracy theories about election fraud.

"Really, seriously, you have to wonder how they can do that," Scarborough said, laughing. "That's four years ago. Republicans whining, calling Democrats sore losers, calling Hillary Clinton a sore loser."

Scarborough pointed out that Biden won Pennsylvania and Michigan by larger margins than Trump did four years ago, while also flipping Arizona and Georgia by wide margins, but the president and his conservative apologists are indulging in fantasies about fraud.

"They're shameless, of course, they're shameless," he said. "You can look at the clips and see what they said then and see what they're saying now and they're attacking -- they were attacking Hillary Clinton then for conceding the day after the election. Here we are what a week and half past the election. They all know he's lost, and they're all losers, sore losers. We have a lot of people in the 2000 recount carrying around signs that said 'Sore Loserman.' Well, if the sign fits, Republicans should wear it."

That stubborn refusal to accept Trump's loss is harmful to democracy, Scarborough said.

"The antidemocratic example that a lot of Republicans are setting, running around lying, spreading conspiracy theories, trying to undermine, if you can believe this, trying to undermine America's confidence in the voting system," he said. "Well, actually in American democracy, despite the fact that the Department of Homeland Security said it was the cleanest election, the safest election, the most secure election ever run."

"Every Republican in the United States Senate knows that Donald Trump lost," he added. "Joe Biden won, and they're just playing games with your national security. I don't know if you call that un-American, but I do know this. They would be calling Democrats un-American if they weren't letting a Republican have access to daily intel briefings. By the way, do Republicans really think you'll never be president again, never think you'll be in the White House again, because if you believe you're going to be in the White House again you need to tell Donald Trump to stop setting this horrific precedent. We have learned in Washington what goes around comes around, so Republicans need to wake up."