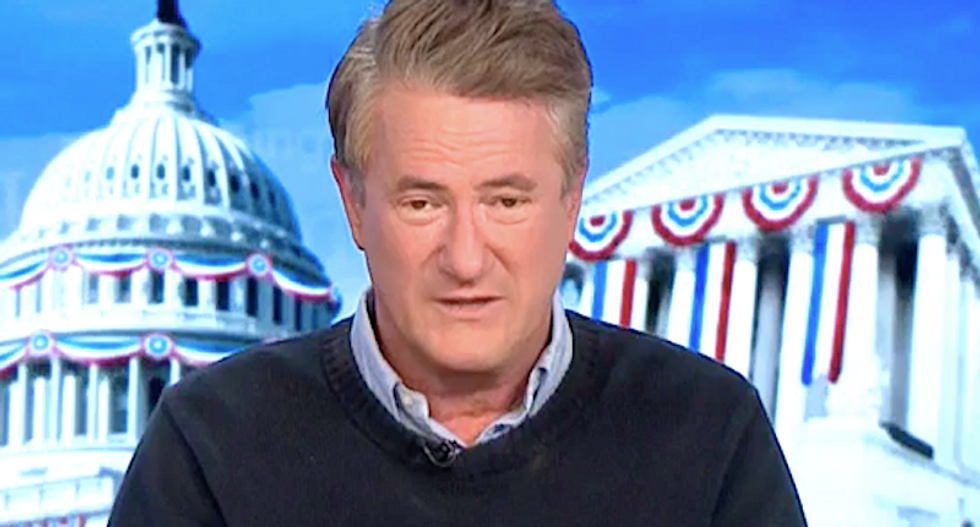 The Trump campaign wants to stop the vote counts in Georgia, Michigan and Pennsylvania, while demanding that Arizona keep counting -- which elections officials are already doing.

"But, in this case, the fact that he's having such a scattershot approach, where he's demanding the stopping of counting in states where he's ahead are -- in the case of Michigan, falling behind further by the hour -- and then demanding the counts of votes of states where he's behind, that has legal consequences," Scarborough added. "When federal judges see that sort is of scattershot approach, that sort of intellectually incoherent legal argument, then that does have legal consequences for those challenges. That's why I don't think anybody that I have spoken with in the legal community sees any merit to any of these claims. So we are a far stretch from the legal challenges of 2000. Right now, there don't appear to be any that are going to be significant."