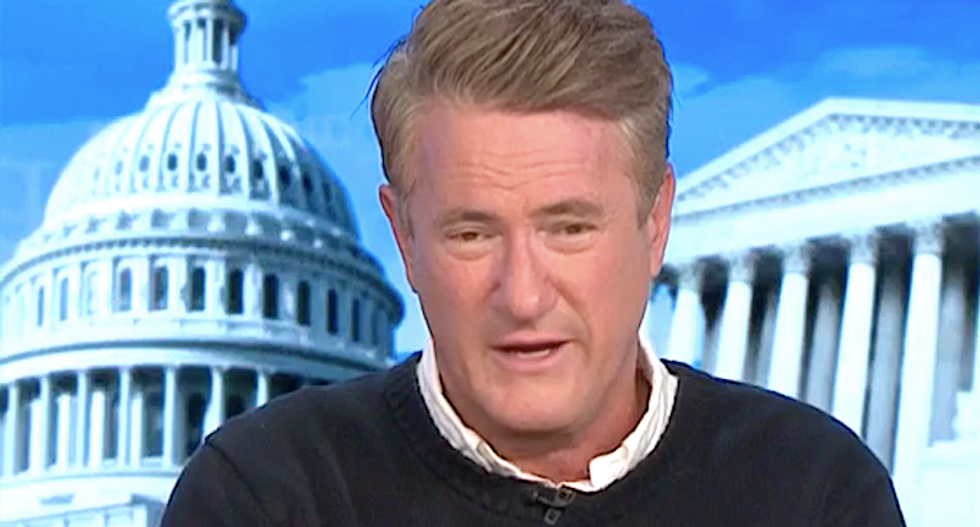 The "Morning Joe" host mocked Georgia's two GOP senators, David Perdue and Kelly Loeffler, for calling on their state's Republican secretary of state to resign over unspecified election "failures" as they both face a Jan. 5 runoff against rising Democratic challengers.

"They're mad because Trump lost, and they're afraid they're going to lose their seats, too," Scarborough said. "It's so important to remember, the rules of all of these elections were put together by Republicans in Wisconsin, in Michigan, in Pennsylvania, in Georgia, in Florida, in Texas and in Arizona. Every swing-state Republican legislatures put together the rules, and they're being run in Georgia, in Arizona, in Philadelphia, by Republicans."

Scarborough assured viewers these legal challenges would ultimately fail, and he warned the president's allies their efforts would harm democracy and destroy their reputations.

"I'm just saying I know it's maddening, I know we want this to all be over, but it's obvious where this is going to end," he said. "No, Donald Trump is not going to steal any elections. He's throwing a tantrum right now, and Republicans are trying to give him space. Should they give him space? No, they should put their country ahead of the party, and they're not going to do it. The courts will do it."

Scarborough singled out the Jones Day law firm, which is helping advance some of those legal efforts for the president, for shame and derision.

"The law firms like Jones Day should be ashamed of themselves if they continue this charade," he said. "Several law firms that have respected clients, but anybody that carries out this façade and does it for money when they know there are no, unless they have a legitimate challenge, if they have legitimate challenges bring it up. But if you're acting for a shield for a president trying to undermine democracy and our elections, it's time to slowly step away and tell the president good-bye."