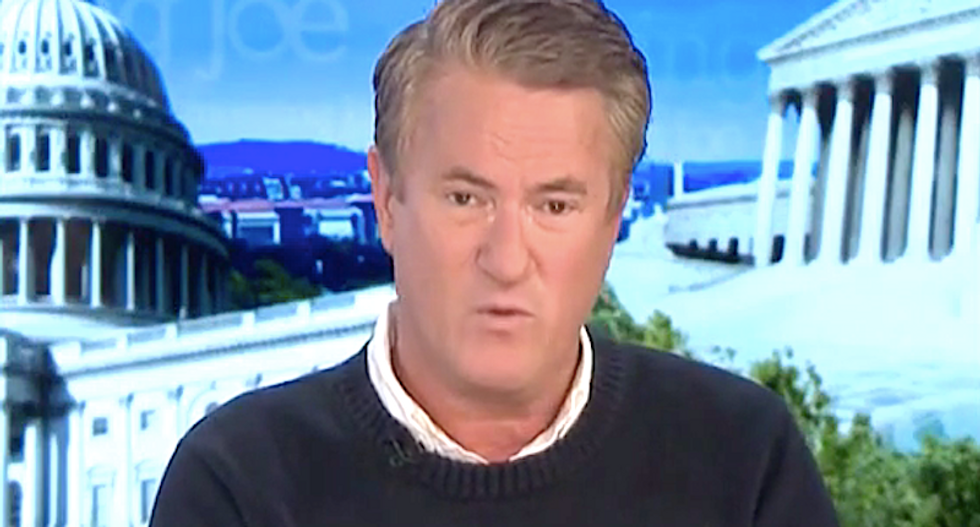 MSNBC's Joe Scarborough ripped the culture of "victimhood" that drove conservatives to back President Donald Trump in two elections.

The "Morning Joe" host, a former Republican lawmaker, said many of his conservative friends and relatives justify their support for the president by insisting that he defended their faith and values -- but Scarborough said that was simply delusional.

"I say this as a guy who was a Republican for 20, 25 years, so much of that also comes from just an overwhelming sense of victimhood," he said. "I swear, if I hear one more friend of mine who's an evangelical talking about 'they're coming for us,' the persecuted church, and I politely and gently remind them that over the past five years, no Supreme Court in the history of this republic has done more to protect religious rights than has the [John] Roberts court. I can go down one ruling after another after another."

Scarborough said most of their complaints essentially boil down to pop cultural themes religious conservatives find disagreeable, and he said that's not really up to the government to regulate.

You know what?" he said. "I can't help you with what's on TV or on at the movies. I can't help what your kids are streaming on your television sets at home, or many of the other challenges that we all face with teenage children, but to suggest that somehow this federal government is hostile to faith and we must vote for Donald Trump to protect Christendom is one of the stupidest arguments I have ever heard in my life."

"People that I have grown up with and been with in churches for, you know, the past 57 years, the sense of victimhood is outrageous," Scarborough continued. "You know what it makes it more outrageous -- I'm sorry to get on this soapbox -- is these are the same people that are talking about religious liberty are supporting a guy still who promoted a Muslim registry. Yes, yes, a Muslim registry. Sounds an awful like Jewish registries in Nazi Germany. Oh, you can't say -- but wait, that's what he proposed, and a lot of you evangelicals that run around screaming about religious freedom and religious liberty and how the libs are coming after you and your church and your beliefs and you're ignoring Supreme Court decisions, protecting your rights, which of course I support because I'm a conservative, you don't feel that way."

"You don't have those same concerns for the others, and it's just the damnedest thing," he added. "You don't care about the babies that are born that are locked in cages. No, it wasn't Barack Obama's policy to deliberately find children and lock them up, but that was Donald Trump's policy. In fact, they had a cabinet meeting where everybody raised their hands to support it except for Kirstjen Nielsen, that was a stated policy. So I really don't get it, I mean, the victimhood. Stop being a victim, stop being a snowflake."