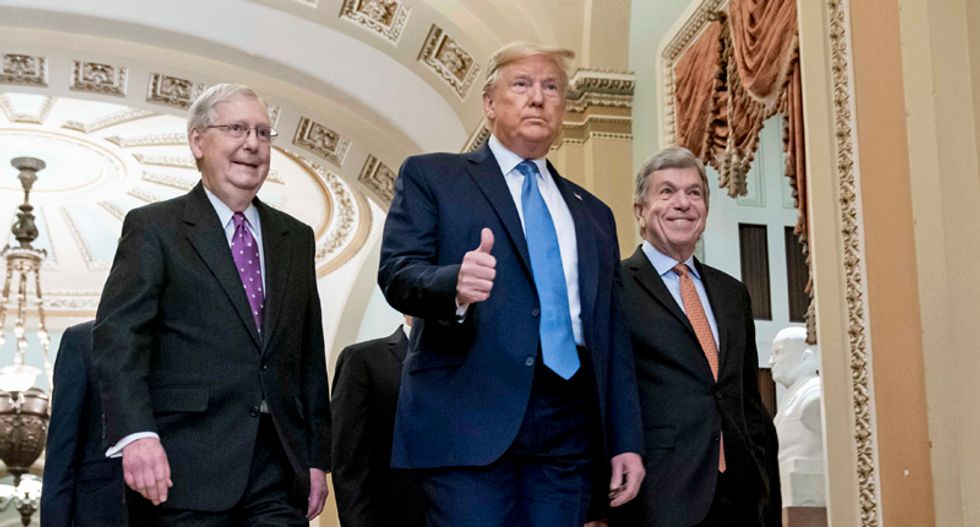 The Republican Party fully embraced authoritarianism, according to new research from an international team of political scientists.

The study was completed just before the Nov. 3 election, the results of which GOP leadership is now helping President Donald Trump contest and possibly overturn, and quantifies how far the party has drifted away from democratic principles, reported the Washington Post.

“The Republican Party in the U.S. has retreated from upholding democratic norms in recent years,” said Anna Luehrmann, a former member of the German parliament who is now a political scientist at the University of Gothenburg in Sweden. “Its rhetoric is closer to authoritarian parties, such as AKP in Turkey and Fidesz in Hungary.”

The study used data to determine that the GOP's commitment to democracy began to droop in the mid-1980s, and then again in 2000, before tumbling over the next decade and a half before falling off sharply in the mid-2010s.

“We combine ratings from a huge number of local experts on political parties, leveraging the pattern of agreement across experts to estimate real-world party characteristics,” said Daniel Pemstein, a political scientist at North Dakota State University who helped develop the study's methodology.

The data measures the commitment to free and fair elections with multiple parties, respectful treatment of political opponents and the avoidance of violent rhetoric, and found sharp drop-offs in all categories from GOP political figures -- although the Democratic Party hasn't changed much during the same period.

“It is disturbing that most leading Republicans are still not objecting to President Trump’s baseless claims of electoral fraud and attempts to declare himself the winner,” Luehrmann said.

Both parties largely avoided violent rhetoric until about 2010, when GOP political figures began using language that could be interpreted to incite violence, and the study's data found Republicans began to mimic Trump's language and behavior as he gained success.

“That leading Republicans are not willing to defend the electoral process shows that Trump is not the only GOP politician who has a problem with key democratic norms,” Luehrmann said.