'Now he's done it': Trump carried out his threat to claim premature victory -- so what happens next? 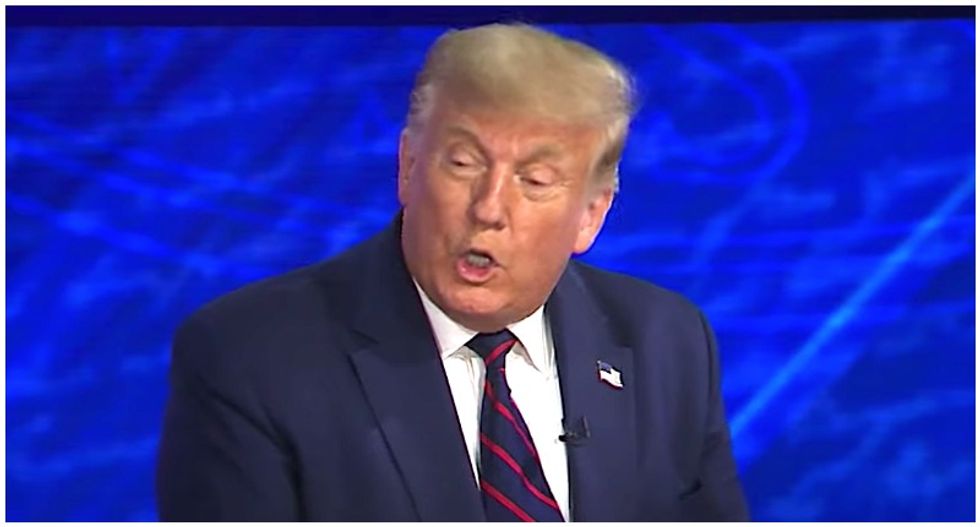 President Donald Trump has claimed victory even as he tries to shut down vote counting -- which should come as no surprise.

Axios co-founder Jim VandeHei told MSNBC's "Morning Joe" that the president was trying to generate a "red mirage," just as many predicted, but he also said that other Republicans fared much better than expected.

"A couple months ago, we rolled out the 'red mirage,' this concept that it could appear that Trump wins on Election Night, but when we tally all the votes, he might not," VandeHei said. "[Axios reporter] Jonathan Swan a couple weeks ago reported that Trump would do exactly as he did, declare a premature victory, then Trump denied it -- now he's done it."

"So, on the one hand, a lot of this was knowable," he added. "But the one thing that wasn't knowable, and this is the one where I think all of us have to have a little bit of humility and a lot of people living in bubbles have to realize, they don't understand America -- Republicans way overperformed! They're going to pick up House seats. I think Donald Trump was the only person who thought they were going to pick up House seats. They're going to keep the Senate. Trump could still lose, but he performed way better than most people thought that he would."

Polls consistently showed Joe Biden with sizable leads in the closing weeks of the election, but VandeHei said the president overperformed in most of those -- and now he'll use those margins to claim a victory that may not be there.

"Something's happening with the Hispanic vote, at least in Texas, in Florida," he said.

"This wasn't just working-class white men that turned out for Trump. In almost every state, he overperformed what people thought he would do, and so we're headed towards some really, really rocky times. The president's been very clear, very clear what he's going to do, and we have to take him at his word that he's going to fight this all the way to the Supreme Court and he is going to consider any Biden victory from this day forward to be illegitimate, and we've never been here as a country, never."

"We don't have a lot of rules for how, what do you do if it's this tight in so many states," VandeHei added. "There could be recounts triggered in some of these states because it's so tight. It's going to be days, many days, possibly, in Michigan or Pennsylvania, before you sort through all those mail-in votes and you actually get to a sort of a legitimate, officially sanctioned winner."