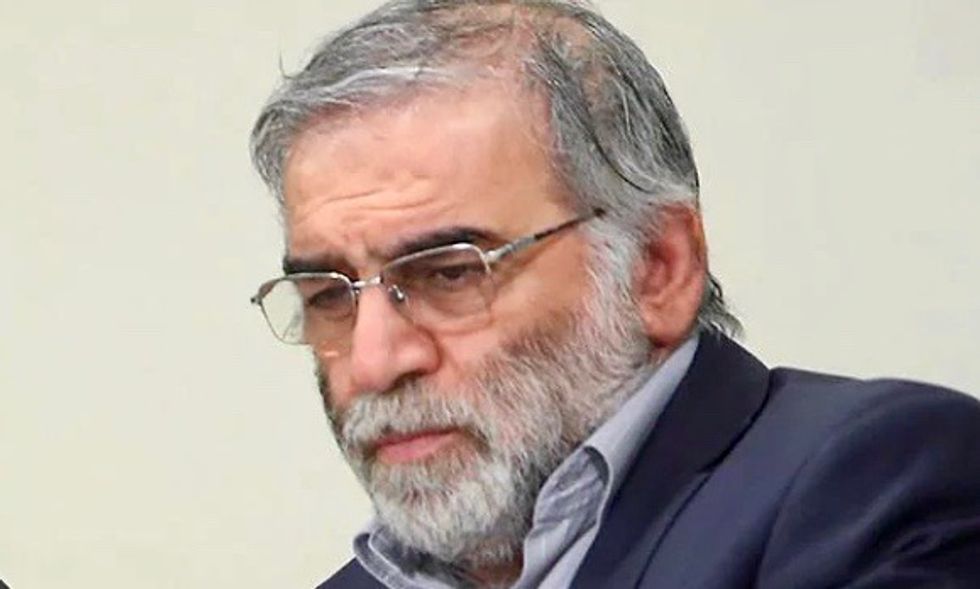 Sen. Bernie Sanders warned over the weekend that the assassination of top Iranian nuclear scientist Mohsen Fakhrizadeh—widely believed to have been the work of Israel—was carried out with the intention of undermining any prospect of diplomacy between the United States and Iran just weeks before President-elect Joe Biden is set to take office.

"The assassination of Mohsen Fakhrizadeh was reckless, provocative, and illegal," Sanders tweeted Saturday. "As a new administration takes power, it was clearly intended to undermine U.S.-Iran diplomacy. We must not allow that to happen. Diplomacy, not murder, is the best path forward."

Sanders' tweet came days after Fakhrizadeh was fatally wounded Friday in what was described as an ambush as the scientist traveled by car near Tehran. While specific details surrounding the assassination continue to emerge, Iranian and U.S. officials have both said Israel, led by right-wing Prime Minister Benjamin Netanyahu, was responsible.

It remains unclear what, if any, role the Trump administration played in the killing, which took place less than a week after Netanyahu, U.S. Secretary of State Mike Pompeo, and Saudi Crown Prince Mohammed bin Salman reportedly discussed Iran during a secret meeting that prompted fears of a coordinated attack.

The Vermont senator's view that the assassination of Fakhrizadeh was aimed at forestalling the possibility of diplomacy between the U.S. and Iran was echoed by other lawmakers, activists, and analysts, who pointed to Biden's vow to return the U.S. to the Iran nuclear accord that President Donald Trump violated in 2018. Netanyahu has publicly urged Biden against reviving the 2015 agreement.

"The assassination of Mohsen Fakhrizadeh was reckless and will severely undermine the Biden administration's ability to rebuild President Obama's historic diplomatic achievement with Iran: the JCPOA," said Rep.-elect Jamaal Bowman (D-N.Y.). "We believe in peace and diplomacy—not murder and assassination."

As of this writing, Biden has not commented on the targeted killing of Fakhrizadeh.

"If Israel was behind the assassination of Fakhrizadeh—which seems highly likely though not yet proven—it demonstrates the degree to which Netanyahu feels emboldened to undermine Democratic U.S. presidents with impunity and drag the United States into war," wrote Parsi. "This will not change unless and until Washington decides to end its drive for military hegemony in the Middle East."