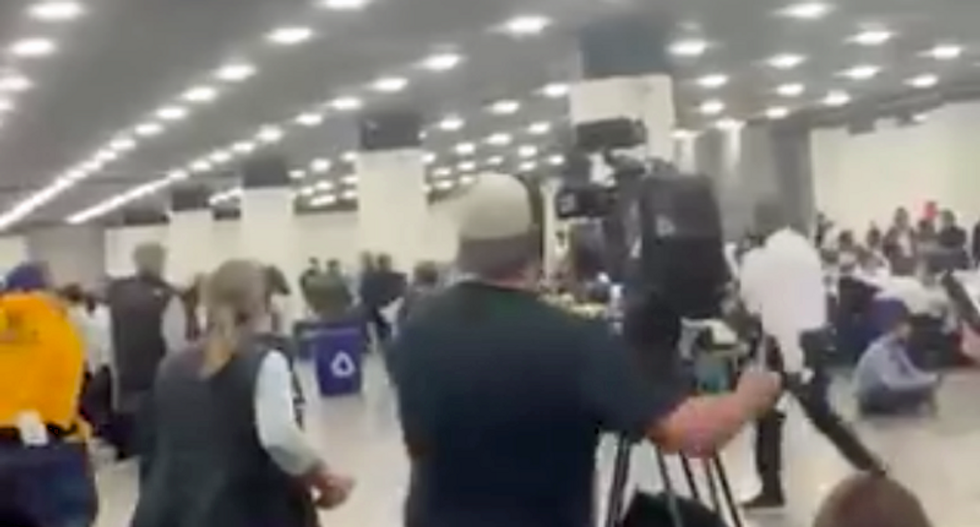 Screengrab of vote counting in Detroit.

On Tuesday, the Republican members of the Wayne County Board of Canvassers refused to certify the results in Detroit, throwing a monkey wrench into the process of making President-elect Joe Biden's win in the state official.

In a lengthy thread on Twitter, civil rights activist and American-Arab Anti Discrimination Committee policy director Abed Ayoub took a deep dive into the apparent social media posts of one of the GOP canvassers, William Hartmann — and uncovered a trove of racism, Islamophobia, and conspiracy theories, even as he is tasked with certifying the vote count of a city with a majority Black population and one of the nation's largest Muslim communities.

For good measure, Ayoub also uncovered social media activity from the other GOP canvasser, Monica Palmer, including her liking a tweet stating the United States isn't a democracy.