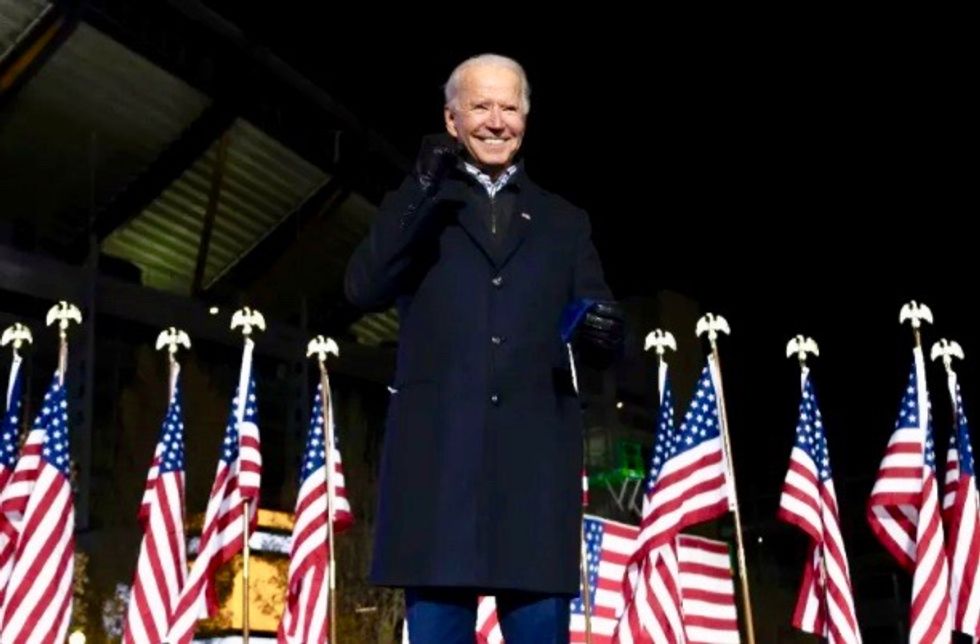 Joe Biden isn't even president yet, and conservative media is already cooking up an ominous-sounding, wide-ranging conspiracy theory to turn the public against him.

Right-wing broadcasters are trying to convince their followers that Biden's "Build Back Better" slogan is a cover for a dystopian plot to use the coronavirus pandemic to enslave humanity and impose communism -- or something, reported The Daily Beast.

“You know Biden said he wants to build back better,” said Lynnette “Diamond” Hardaway, on the Nov. 21 episode of her Newsmax TV show, "Diamond and Silk: Crystal Clear." “But no, he doesn’t want to build back better. He wants to take this economy and build back globally. You all, I know you heard about this thing called the Great Reset.”

Fox News hosts Tucker Carlson and Laura Ingraham, who draw far more viewers, have also tried to tap into their audience's fears about former President Barack Obama to stir up anxiety over Biden's agenda, which in reality is focused on rebuilding the economy and infrastructure while also addressing racial inequality.

“His handlers, who are basically all old Obama staffers, believe in something called the Great Reset of capitalism,” Ingraham said earlier this month. “It’s a plan to force a more equitable distribution of global resources.”

Their dark warnings are based on a series or events and articles related to the idea of reducing inequality after the pandemic eventually ends, which are summarized in the book, "COVID-19: The Great Reset," by World Economic Forum chief Klaus Schwab.

Right-wing media figures have been sounding the alarm on Schwab's series for months to portray coronavirus restrictions as part of a sinister plot to destroy capitalism, despite the WEF's ties to corporations like Apple and Pfizer, and that has been folded into the pending Biden presidency.

“Now we have this push for what’s being called the Great Reset,” said Newsmax host Michelle Malkin on a Nov. 21 program, “and every aspect of the way that we live our lives, how we worship, whether we’re allowed to, how we’re raising our kids, how they’re allowed to access education, is being transformed based on nothing that is actually supported by real science.”