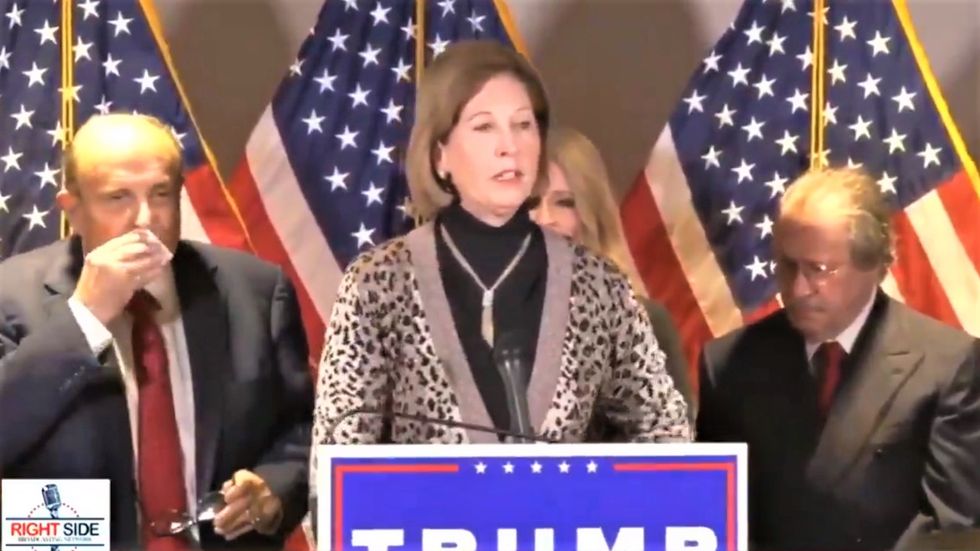 There appears to be trouble in legal paradise as President Donald Trump's lawyers are now attacking each other and using the press to do it.

NBC News reporter Garrett Haake tweeted a statement from Rudy Giuliani Sunday evening after Powell went after Georgia Gov. Brian Kemp (R) for being "in" on the election conspiracy. Powell announced she was going to "blow up" Georgia, presumably metaphorically, and claimed it would be "biblical" in proportion.

"Sidney Powell is practicing law on her own. She is not a member of the Trump Legal Team. She is also not a lawyer for the President in his personal capacity," said Giuliani.

Trump announced that Powell was part of the team on Nov. 14, saying that Giuliani would be "spearheading" the legal team, but that Powell would join Joseph diGenova, Victoria Toensing, and Jenna Ellis. It's unclear if the statement means he has fired her or it's merely a public squabble.

According to New York Times reporter Maggie Haberman, there was apparently a huge argument among the lawyers over the weekend.