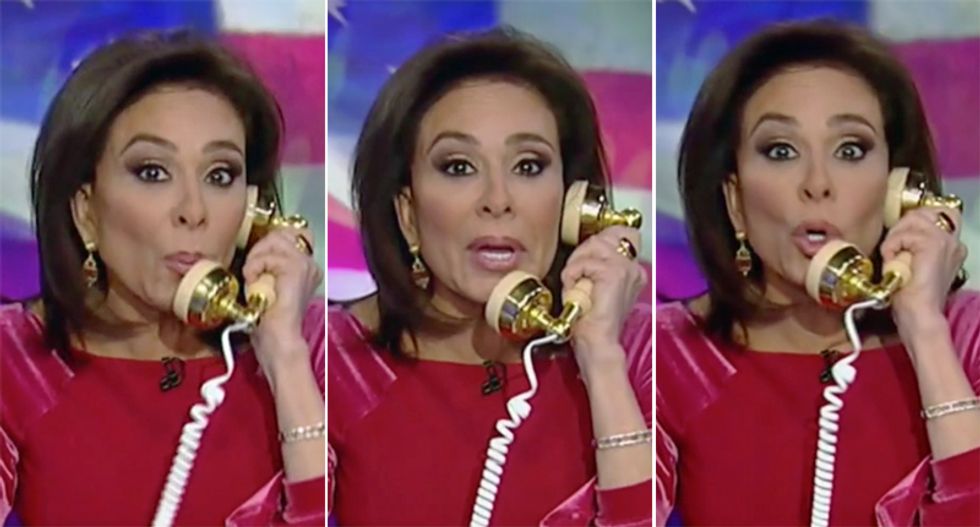 Donald Trump has been feuding with Fox News as the network has not embraced the president's conspiracy theories about election fraud to the extent the president expects.

As is common in his administration, the event has played out on Twitter:

CNN's Andrew Kaczynski noted that the hyped guest list for the show had changed.

Rudy Giuliani and Sidney Powell will no longer be on Judge Jeanine tomorrow. A Fox News spokesperson tells me both… https://t.co/oThGDRfkpy
— Yashar Ali 🐘 (@Yashar Ali 🐘) 1605924124.0