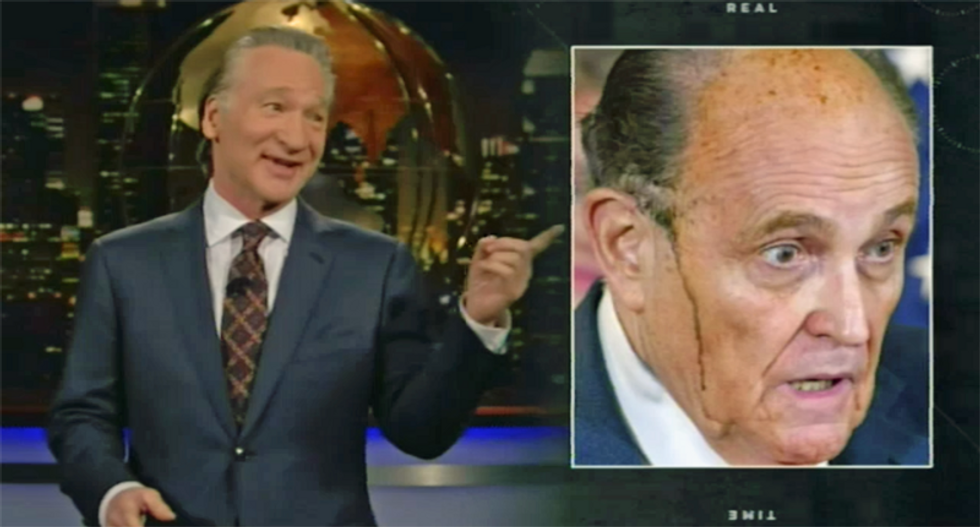 Bill Maher held the season finale of HBO's "Real Time" with a live but socially distanced audience on Friday evening.

"It has been 17 days since the election and Trump is still behaving like a psycho beauty queen refusing to let go of the tiara," Maher said.

There was a light-hearted moment during his monologue when he fumbled a joke.

"It's the last show of the season, I'm losing it," he admitted.

And then the host turned his attention to Rudy Giuliani and described his latest conspiracy theories by President Donald Trump's lawyer.

He described one of Giuliani's recent press conferences and the delusions he was exposing.

"At this point, MSNBC just cut away to a cuckoo clock," Maher said.

He joked that when the judge said, "order in the court" Giuliani replied "a Tanqueray and tonic."

The comedian was joined on the finale by Michael Eric Dyson, "The Circus" co-host Alex Wagner and historian John Meacham.