‘Scary’: Stephen King frightened by Trump ‘living in a fantasy world’ — while he has the nuclear codes 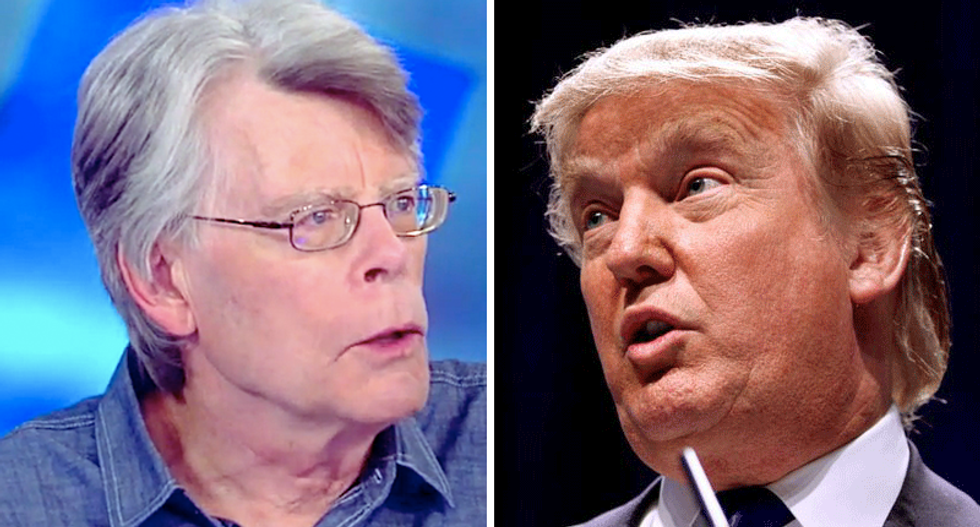 President Donald Trump on Thanksgiving spread conspiracy theories about the election while saying he is mentally unable of conceding to President-elect Joe Biden.

"Let’s not be blasé about the President lying to the American people, falsely claiming hundreds of thousands of fraudulent votes being cast per state. This is horrible and despicable. He’s proved none of this," Hasen wrote. "Horrifying."

"Trump easily has lied 100 times about voter fraud and the election in this press availability. It’s a full disgrace. I hope this county can recover," he added.

"Trump’s continued insistence that he won is scary. The President of the United States, with access to the nuclear codes, is living in a fantasy world," King wrote.

Trump’s continued insistence that he won is scary. The President of the United States, with access to the nuclear c… https://t.co/jFGeIVAQS9
— Stephen King (@Stephen King)1606432102.0