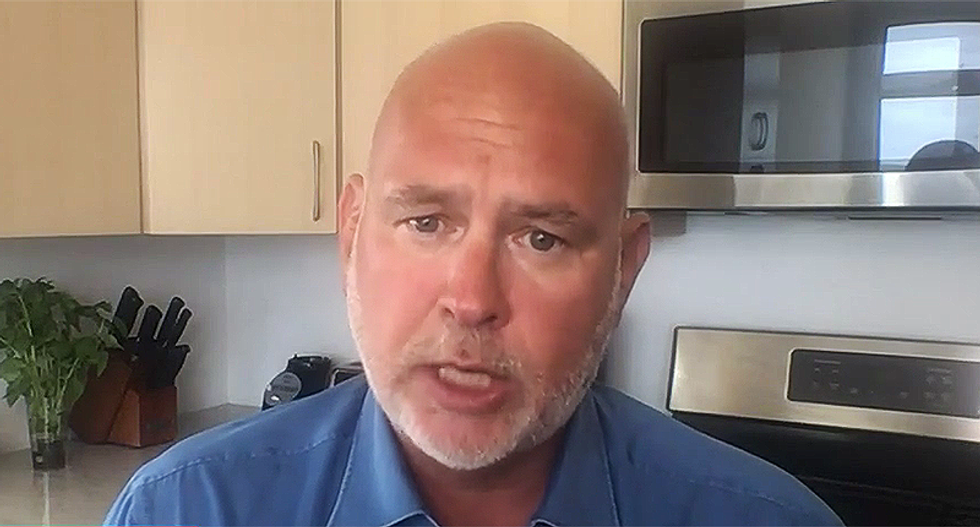 In a series of tweets on Friday morning, former GOP campaign adviser and current Lincoln Project founder Steve Schmidt rained hell on the Republican leadership for putting Donald Trump before their country and not insisting that he concede defeat instead of throwing a "temper tantrum" because he lost by over five million votes to former Vice President Joe Biden.

As Schmidt sees it, the president's insistence that the election was stolen from him will likely lead to violence from some of Trump's supporters leaving complicit Republican lawmakers with blood on their hands.

"Let’s be clear. Joe Biden is the President-Elect of the United States," he began. "The refusal of Republicans to acknowledge this are poisoning American democracy. They are breaking faith with our history, ideals and ideas. It is unforgivable and dangerous. It is UNAMERICAN and disloyal."

"It is outrageous that Mitch McConnell has not congratulated the President-Elect and Kevin McCarthy’s comments intimating that Trump may yet win are even worse. Trump’s delusional temper tantrum is proof of his manifest unfitness and insanity," he continued before adding, "The corruption of this process, the peaceful transition of power, by the cowardly, sniveling GOP Congress is the gravest vandalism of our system yet. We will live with the consequences of their cynicism and illiberalism for a long time."

For the first time in our history the losing side of a Presidential election is refusing, en masse, to recognize the clear winner of a legitimate, free and fair Presidential election. Instead they are weaving conspiracy theories about fraud that doesn’t exist and drop by drop they are strangling faith and belief in American democracy for tens of millions of people," he wrote. "Shame on them for the damage they have all done and continue to do to this country. Eventually this will trigger violence and when it does Trump, his family, his staff and his GOP enablers will own it. They have incited it."

It is outrageous that Mitch McConnell has not congratulated the President-Elect and Kevin McCarthy’s comments intim… https://t.co/ypQ8ggA2VJ
— Steve Schmidt (@Steve Schmidt) 1605281721.0

Losing side of a Presidential election is refusing, en masse, to recognize the clear winner of a legitimate, free a… https://t.co/8BLhbQOnS9
— Steve Schmidt (@Steve Schmidt) 1605281722.0

In American democracy for tens of millions of people. Shame on them for the damage they have all done and continue… https://t.co/qoNMgojyOw
— Steve Schmidt (@Steve Schmidt) 1605281722.0