The View's Ana Navarro bashes Republicans refusing to stop Trump: ‘They're going to go down in shame' 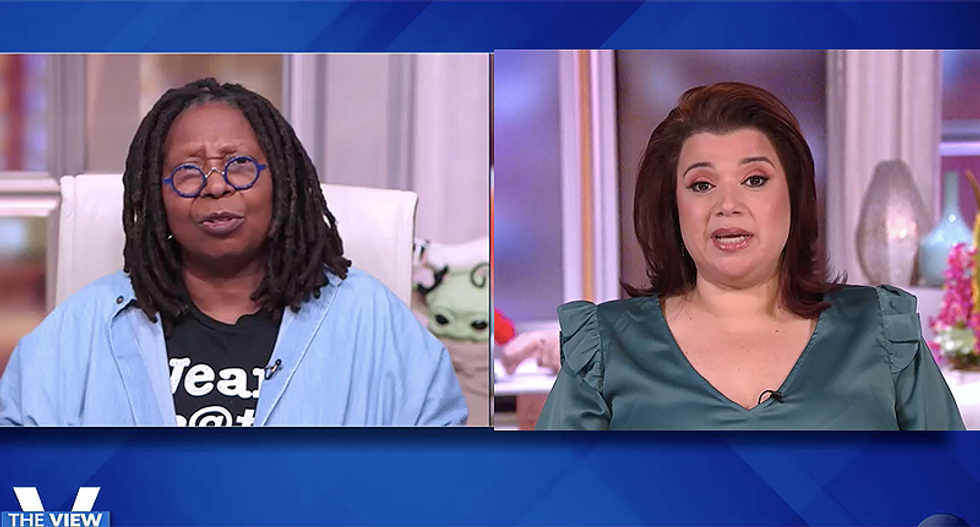 "The View" co-hosts are furious that President Donald Trump is still refusing to stand down after losing the 2020 election. To make matters worse, Republican communications consultant Ana Navarro blames Republicans for allowing the madness to persist for so long that it's now starting to put the United States in a compromised situation.

"Look, I don't know what it's going to take because really it should have happened weeks ago," said Navarro. "States are beginning to certify their results. Electors vote in a couple of weeks, but you know, Whoopi, I keep talking about history and how history is going to judge this. There are going to be books written about this. It's going to be studied by school kids in 30 years and 40 years."

She said that she saw Gov. Larry Hogan (R-MD) on CNN's "State of the Union" with Jake Tapper, and they played a video of Hogan's father being willing to support the impeachment of former President Richard Nixon. At the time, he was the first Republican willing to break with his party.

"So, I ask those Republicans shaking in cowardice, what are your children going to say when they get confronted by your cowardice in 20 and 30 years?" said Navarro. "Then they get asked, 'what did your dad do when he was a senator?' And the answer is, stay in silence while a madman tried to steal and reverse the elections. History matters and they're going to go down in shame for this very dark period in American history."

Whoopi Goldberg said that it felt like Republicans were attempting a coup d'état to overthrow the will of American voters.

"What runs through my head is how do you sleep at night?" asked co-host Sara Haines. "I say, the politicians should put people over their party. I put politicians over the party. Although my beliefs tend to lean more left and Democratic, I was a McCain supporter, and I liked Andrew Yang. I supported [former Gov. John] Kasich for a minute. How do you sleep at night? Because right now you endorsed a man who his support is vapid and fleeting and is on the way out and it was never going to be consistent anyway depending on the day or the moment, yet you were willing to compromise everything you are as a human, and right now what I mean by that is it's not only the political issues. We're in the throes of a global pandemic. This peaceful transfer of power falls on more than just the president and his administration. It falls on everyone in D.C., and everyone in this country."

She closed by asking how the Republicans could have a political party when all they're focused on is getting elected or reelected.

Sunny Hostin agreed with Goldberg that it feels a lot like what happens in dictatorships when leaders try and stay in power.

"We see these coups. We see these attempts to really -- to steal elections, and I think that's what we're seeing here," said Hostin. "What's interesting about all the legal cases, you talk about 30 something odd legal cases. None of them have been successful. None of them. In fact, in Pennsylvania in federal court, the judge said, this lacks -- it has no evidence. It lacks merit. You know, they have been sort of tossed out of courtrooms, laughed at, they have been dismissed and yet they continue and continue to do it. I think he would need to be successful, President Trump, in three states. There's just no way that that's going to happen."