The White House is about to be officially on lockdown with new 'non-scalable' fence: report 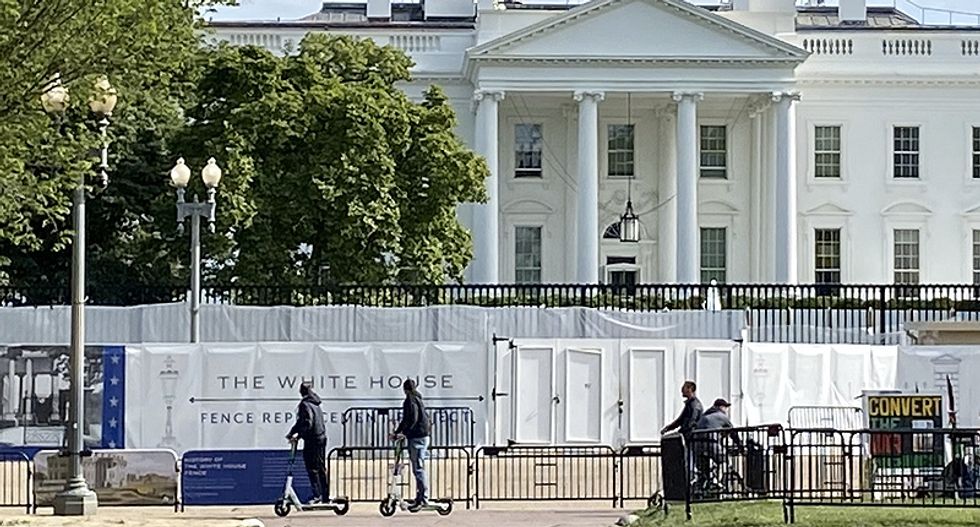 According to one doctor whose practice is fewer than five blocks from the White House, downtown Washington, D.C. businesses are being told to board up their store-fronts and give their staff the week off.

According to NBC News' Geoff Bennett, the White House is now locking down.

Less than a month ago, Army leaders said that there was no plan to deploy troops for Election Day.

"We don't police American streets," Army Secretary Ryan McCarthy said at an event. "There have been no requests from other agencies to support at this time but we're always available to support."

Those troops are now on "standby" just outside the city, prepared to police the streets of the American capital.

During the Black Lives Matter protests, Trump was rushed to the presidential bunker and remained there, despite no protesters breaching the White House fence. He became the first to be put in the bunker since Vice President Dick Cheney who was rushed there on 9/11.

It's unclear what the Trump White House is expecting from protests. If he wins, protests will likely resemble either the women's march and March for our Lives or the unrest seen during Black Lives Matter protests. During the BLM events, the FBI said that there were "opportunists" and "anarchists" who tried to take advantage of the protests and cause violence. BLM protesters ultimately began grabbing these agitators and taking them to police officers to arrest if they disturbed property.