There's one word that can probably stop Trump from pardoning himself: Constitutional expert 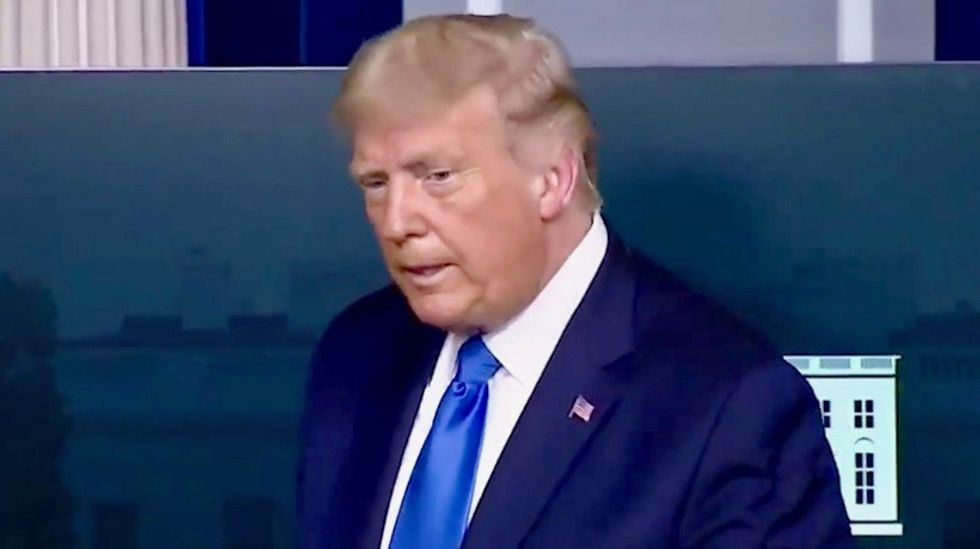 President Donald Trump's authority to pardon himself may hinge on the arcane meaning of a single word.

The Constitution grants wide powers to a president to pardon, but the verb conferring those powers has a specific meaning that may render it impossible for Trump to issue one for his own crimes, according to constitutional law expert Eric Muller in a new column for The Atlantic.

"Article II of the Constitution says that the president 'shall have Power to grant Reprieves and Pardons for Offenses against the United States, except in Cases of Impeachment,'" Muller writes. "Did you catch that? The president has the power not to pardon people, but 'to grant … Pardons' (emphasis added). So the question is not whether Trump can pardon himself. It’s whether he can grant himself a pardon."

That seemingly small detail is important, he writes.

"Some actions can’t be reflexive — you can’t do them to yourself," Muller writes. "Think of surrendering, relinquishing, or handing over something. These verbs entail a transfer to someone else; the actor can’t also be the recipient."

"On the other hand, countless verbs do leave open the possibility of reflexive meaning," he adds. "If, for example, the Constitution had empowered the president not to grant a pardon but to announce a pardon, one would be hard-pressed to insist that the president could not announce himself as a recipient."

The verb "grant" is used multiple times in the Constitution, and each time describes the transfer of some power from one entity -- "we the people," for example -- to another.

"Based solely on other uses of grant in the Constitution, a person could reasonably determine that a president cannot grant himself a pardon," Muller writes. "But in evaluating the meaning of the Constitution’s words, the text of the Constitution isn’t all that counts. The most common interpretive method these days — championed by Justice Antonin Scalia and now broadly popular among conservatives — is to look for evidence of a term’s 'original public meaning.'"

Popular contemporaneous dictionaries from the founding era defined "granting" as an interpersonal transfer, and the Google Books Ngram Viewer, which analyzes all written material scanned into the search engine's database, shows no reflexive uses of that word at all until the 20th Century.