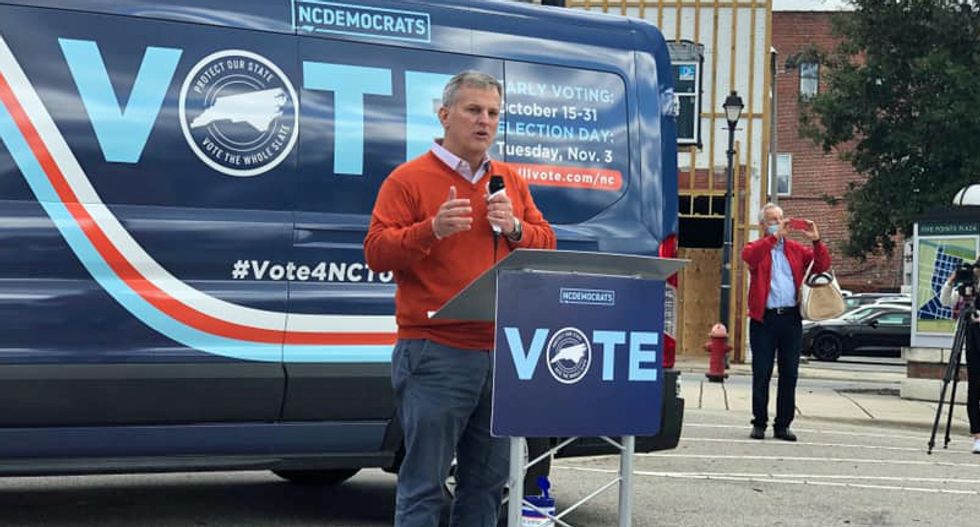 The Attorney General of North Carolina warned voters on Election Day of illegal robocalls trying to suppress the vote.

“It was sort of creepy,” he said. “It definitely hit on the anxieties my family has had about the election.”

"Someone is making illegal robocalls into NC spreading misinformation about Election Day. DO NOT LISTEN to these robocall voicemails!" Stein urged.

"They want to steal your vote. Don't let them. Today is your last chance to vote. We have 3 hours left – let’s vote NC!" he continued.

📢📢ALERT📢📢 Someone is making illegal robocalls into NC spreading misinformation about Election Day. DO NOT LISTEN to… https://t.co/lnO07rnpJG
— Josh Stein (@Josh Stein) 1604438857.0