'This is a five-alarm fire': Why this reporter is disturbed by the election messages on right-wing media 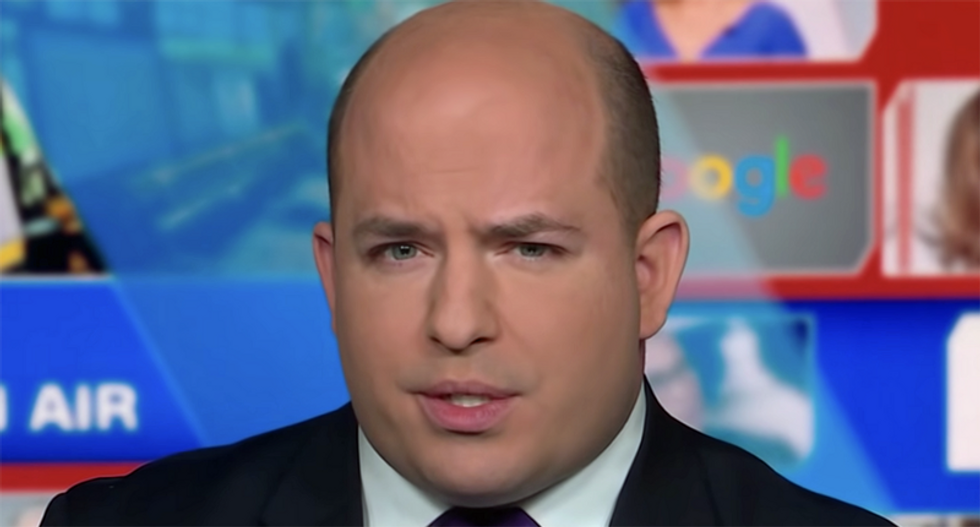 Although some Republicans have congratulated President-Elect Joe Biden on his victory —including Sen. Mitt Romney, former President George W. Bush and former Florida Gov. Jeb. Bush — President Donald Trump is refusing to concede, claiming, without evidence, that he has been the victim of widespread voter fraud. And according to CNN's Brian Stelter, Trump's supporters in the right-wing media are encouraging his false claims that he really won the election.

In an article published this week by CNN, Stelter explains, "The reality is that Joe Biden is the president-elect…. (But Trump) and his biggest promoters in the media are in denial about the election results, or are pretending to be. And many Republican Party leaders are falling in line. Today's lies will have consequences tomorrow, because tens of millions of people are being exposed to this stuff through websites like Breitbart and shows like 'Tucker Carlson Tonight' on Fox News."

It's important to note that at Fox News and Fox Business, there is a separation between the hard news divisions and opinion hosts like Carlson, Sean Hannity, Lou Dobbs and Laura Ingraham. Trump is furious that Fox News' decision desk called Arizona for Biden on Election Day, but Carlson and Hannity have been promoting the conspiracy theory that the election was stolen from Trump through widespread voter fraud — even though there is no evidence to support that claim.

Stelter notes what his colleague at CNN, Oliver Darcy, had to say this week about the claim that Trump really won the election.

"Right-wing media has a firm grip on the Republican Party," Darcy explained. "GOP senators and other prominent leaders are actively being encouraged to play along with this nonsense. And the ones who don't actively fuel the fire will likely be less likely to speak out over fear of facing the wrath of people like Hannity, Rush Limbaugh, etc. This is a five-alarm fire."

Stelter also notes what Carlson said this week: "We don't know how many votes were stolen on Tuesday night. We don't know anything about the software that many say was rigged. We don't know. We ought to find out."

Hannity, according to Stelter, has been slamming the mainstream media for reporting legitimate election results —and others on the far right are joining him in that.

"From Mark Levin to Ted Cruz, one of the Trump-might-have-won crowd's main themes is that the major networks hastily called the election for Biden," Stelter writes. "It's a farcical claim since we all waited five days to know the outcome and since the networks simply report on the results of the vote count. But the claim is sticking, nonetheless, and it is stoking right-wing rage against the media."