Trump campaign gripped with 'real fear that this race is slipping away': White House reporter 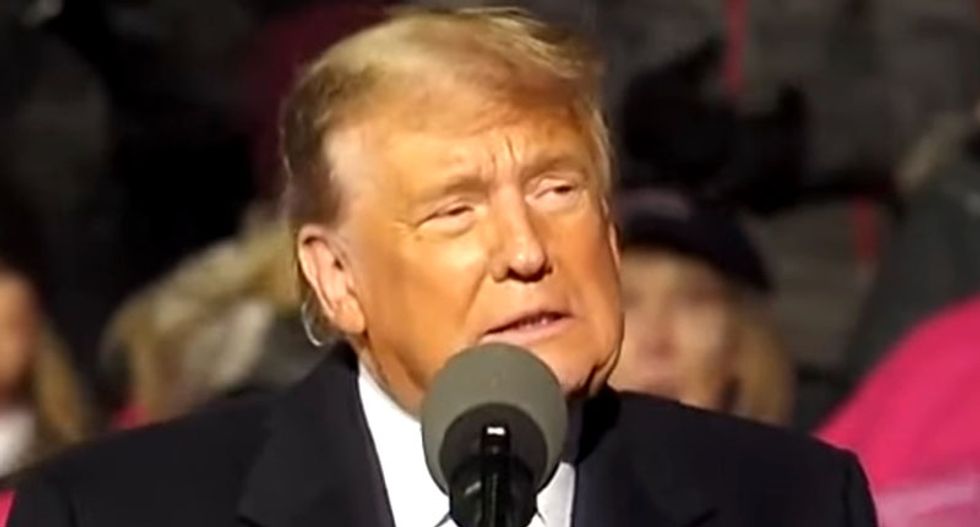 President Donald Trump and his campaign have a "real fear" the election has slipped away, according to an Associated Press reporter.

White House reporter Jonathan Lemire told MSNBC's "Morning Joe" that the Trump campaign understands the president needs to win at least two of the remaining states to break their way to have any chance at re-election, and even that might require successful legal challenges.

"We have reported that the night on Election Night, when Arizona first went, Fox News made the first call, [and] that sent a chill through the president's watch party in the East Room of the White House," Lemire said. "That is one, as you said, they believe they can pick up the number of votes needed to flip it, and where they're trying to contest the election right now."

The campaign had urged the president to spend more time campaigning in Arizona, but Lemire said Trump was reluctant to travel west because that would require overnight stays away from his own bed.

"The focus is Pennsylvania," Lemire said. "They feel they need Arizona and Pennsylvania in order to keep any sort of feasible legal challenge going, to have to show they have a possible path to 270."

The president has already claimed victory in Pennsylvania, but that picture remains clear until all the votes are counted -- and Lemire said the campaign isn't fully confident they will break for the president.

"They believe they have enough votes, but they're growing more pessimistic by the hour as the numbers come in," Lemire said. "Pennsylvania will be very, very difficult."

"We are seeing sort of an incoherence in their legal challenges," Lemire added. "There are three states -- Pennsylvania, Georgia and Michigan -- where they're trying to stop the count. In Arizona, they're trying to keep it going, and it shows right now just a real fear that today this race is slipping away from the president."