Trump is going on a 'sour grapes tour' after his lawsuits failed spectacularly: GOP election lawyer 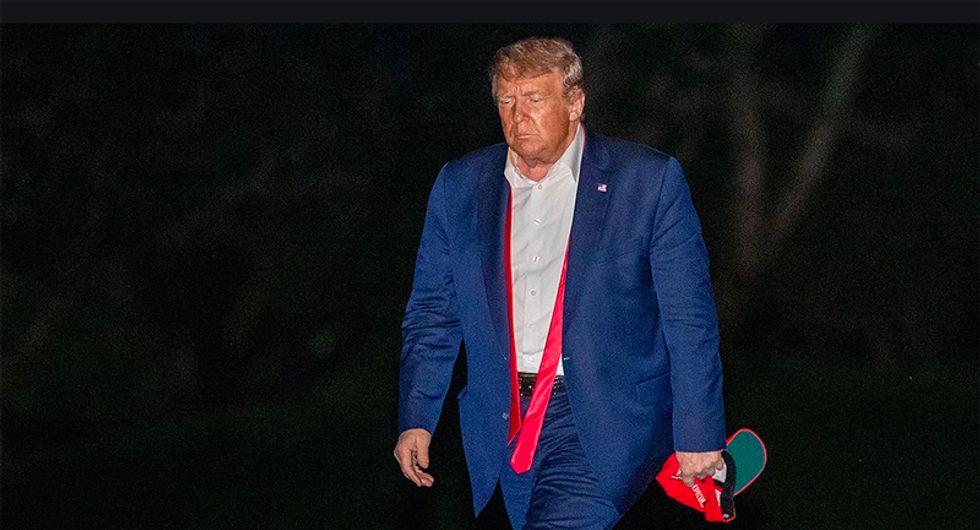 President Donald Trump is still not conceding that he lost the 2020 presidential election and is even traveling to Pennsylvania on Wednesday to observe a partisan Republican hearing about "voter fraud."

Longtime Republican election attorney Ben Ginsburg told CNN on Wednesday that the president increasingly looks like he's out of options and is simply reacting to his defeat with bitter resentment.

"The legal part of this is pretty much over," Ginsburg said of the election. "And what it's starting to feel like is a sour grapes tour, which is what the president, who is a master brander, should be aware of."

Ginsburg did say, however, that America should be concerned about what would have happened if the election had come down to a small margin in just one state, as it did in Florida in 2000.

"What worked now worked because the margins were so large, right?" he explained, referring to the final results of the 2020 election. "The president lost by a fair amount in every one of those states, but if there were a series of Floridas, sometimes that's probably the real stress test that we should spend some time thinking about."