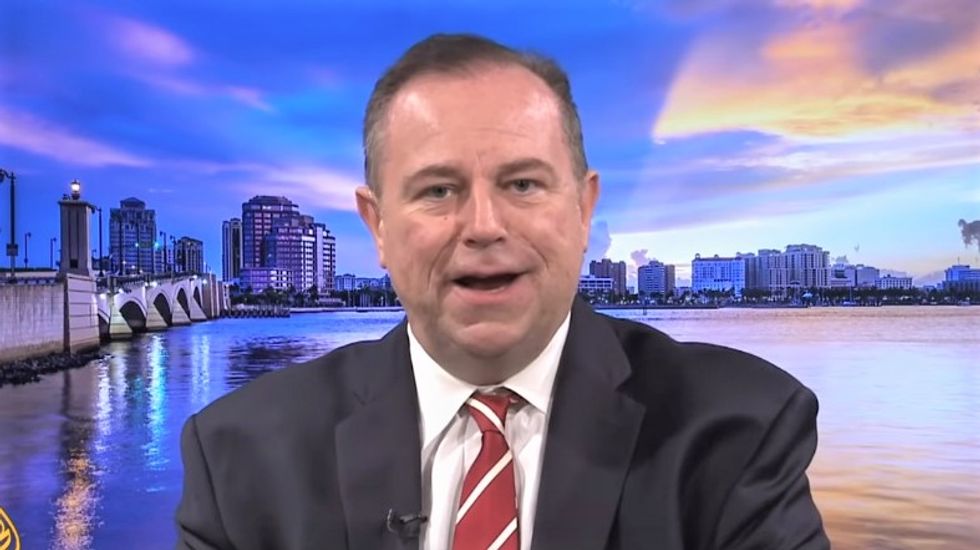 During the interview, Chotiner grilled Ruddy for his network's role in spreading false claims made by Trump attorneys Rudy Giuliani and Sidney Powell about Trump winning the election in a "landslide" despite losing the national popular vote by more than 6 million votes.

Among other things, Ruddy tried to claim that Trump was simply pursuing valid legal options to overturn the results of the election, and he compared the president's actions to former Vice President Al Gore demanding a recount of Florida in the 2000 presidential race.

Chotiner, however, was quick to call B.S. on this comparison.

"Well, he’s not saying, 'We want a recount,'" he objected. "He’s tweeting that he won, and that there’s massive voter fraud, and both of these things are false."

Chotiner then pointed out that these concerns are not well founded because Trump's lawyers so far have failed to show a single instance of systemic voter fraud in any of their court filings.

At this point, Ruddy said that the story was good for Newsmax's bottom line.

"At the end of the day, it’s great for news," Ruddy said. "The news cycle is red-hot, and Newsmax is getting one million people per minute, according to Nielsen, tuning into Newsmax TV. I think it’s good."

"I think you made very clear what you’re saying there," Chotiner replied.

"Well, I believe that Donald Trump’s been great for the news business," Ruddy said. "And I think there’s nothing wrong in saying that."

"Look, you’re a smart guy," Chotiner said. "You were defending things that you might not a hundred percent believe, but the attention this is getting Newsmax, and what it’s doing for the news business, is maybe where I should be focusing my questions, rather than the intricacies of the vote count."