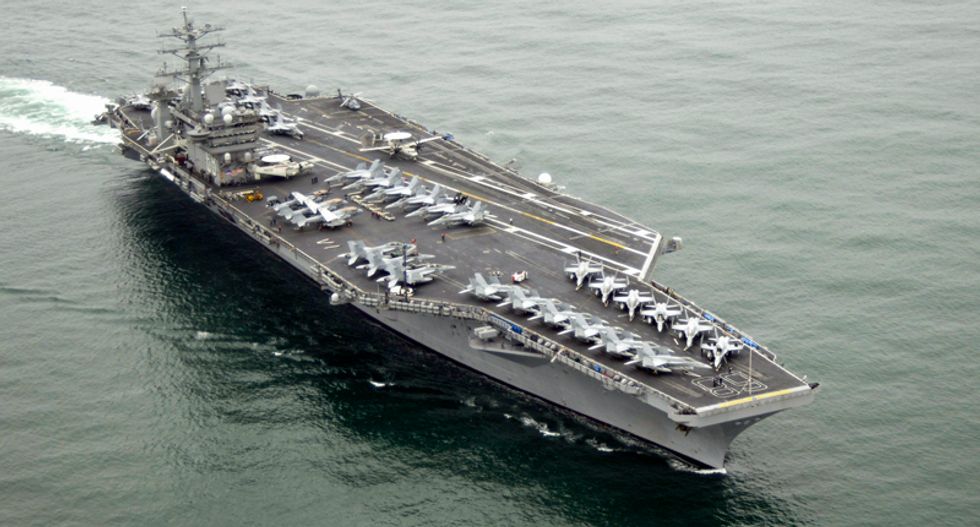 "The aircraft carrier USS Nimitz is being moved back into the Persian Gulf region along with other warships to provide combat support and air cover as US troops withdraw from Iraq and Afghanistan by January 15 under President Trump’s orders a defense official tells CNN," Starr reported.

"The official said the move was decided before news came of the assassination of a prominent Iranian nuclear scientist," Starr explained. "But the movement of the US forces is an increased deterrence message to Iran regardless the official noted."

"The movement puts increased American military firepower and thousands of personnel into the region through the end of the Trump Administration. It may be up to President-elect Joe Biden to decide when to withdraw them," she added.

Just In: The aircraft carrier USS Nimitz is being moved back into the Persian Gulf region along with other warships… https://t.co/oS8mwPbAfB
— Barbara Starr (@Barbara Starr) 1606510465.0

The movement puts increased American military firepower and thousands of personnel into the region through the end… https://t.co/Fp3YW3oSVq
— Barbara Starr (@Barbara Starr) 1606510537.0

WASHINGTON (Reuters) - Nordia Tompkins was serving a seven-year sentence for a drug charge in June 2020 when the U.S. federal Bureau of Prisons released her to home confinement under the terms of a law passed by Congress to slow the spread of COVID-19.