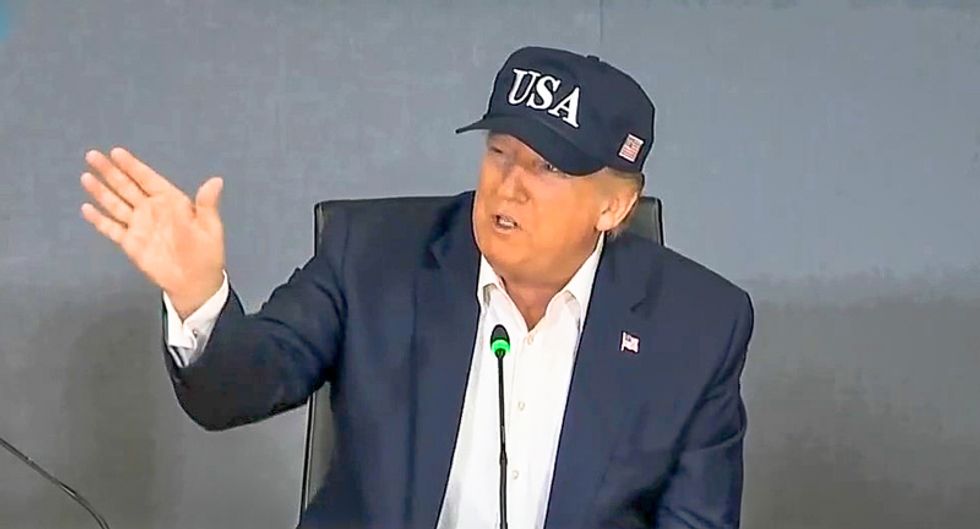 Supporters of President Donald Trump are latching on to a new conspiracy theory to undermine the integrity of the election in Arizona -- but it's already been debunked by Trump's own administration.

The Cybersecurity & Infrastructure Security Agency on Thursday put out an official notice debunking the false claim that poll workers intentionally gave sharpie pens to Trump supporters that caused their ballots to be invalidated.

The CISA starts out by noting that sharpie pens are among the writing implements approved by state election officials to be used on paper ballots.

"Although felt-tip pens, like Sharpies, may bleed through ballots, some election officials have stated that ballot tabulation equipment in their jurisdictions can still read these ballots. Many jurisdictions even design their ballots with offset columns to prevent any potential bleed through from impacting the ability to easily scan both sides of ballots.

CISA also notes that "if a ballot has issues that impact its ability to be scanned, it can be hand counted or duplicated, or adjudicated by election officials, who use defined procedures such as chain of custody to ensure protect ballot secrecy and integrity."