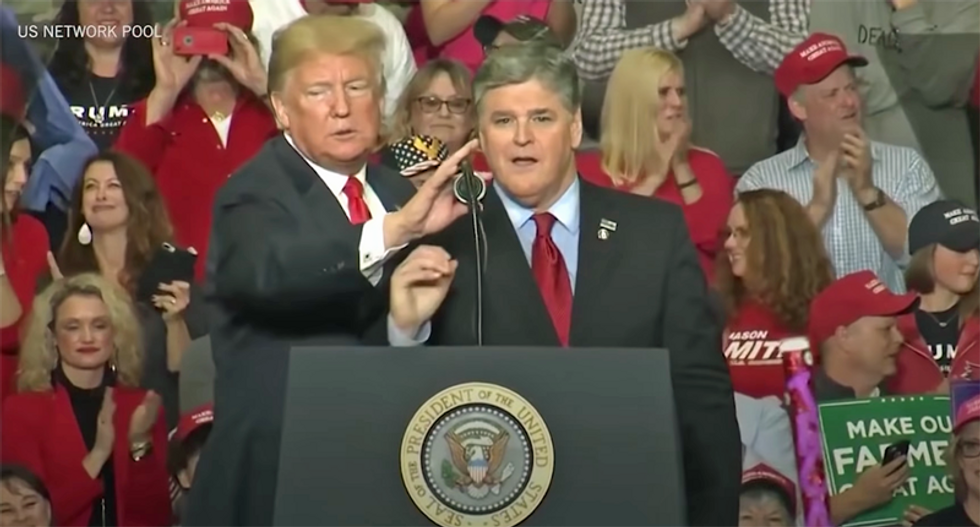 Allies of President Donald Trump have been looking into a media empire that the president can acquire without actually having to pay for it, reported the Wall Street Journal.

Trump has been loudly complaining about Fox News for the better part of the past year due to their polling numbers that showed him losing to President-elect Joe Biden. But it all came to a head on Election Night, when Fox's decision desk called Arizona for Biden before ballots were fully counted.

Trump then reportedly called American media mogul Rupert Murdoch and screamed at him, demanding that the network recant the decision to call the state. Calling the state, however, didn't cause Trump to lose. The voters caused Trump to lose.

Now Trump and Fox are in a complicated relationship as the two seem to need each other to move their mutual successes forward. Trump needs the network to promote his name, message and energize his supporters. Fox needs the president for ratings.

So, Trump's people looked into purchasing "fledgling pro-Trump cable channel" Newsmax as a means of taking over the message delivery system for right-wing Americans, said the Journal.

"Hicks Equity Partners, a private-equity firm with ties to a co-chair of the Republican National Committee, has held talks in recent months about acquiring and investing in Newsmax, according to people familiar with the matter, part of a larger effort that could also include a streaming-video service," the report explained.

It's unknown if the acquisition will ever actually move through, and given Trump's financial troubles, no bank is likely to lend the president the money to buy the network. It would have to be funded with venture capital from his wealthy donors.

Trump could bring with him several Fox News personalities once their contracts are up. For people like Jeanine Pirro, who continues to get in trouble for reporting knowingly false information, there would no longer be such constraints.

"The discussions show the belief among some investors and allies of Mr. Trump that there is room to mount a real challenge to Fox News, which has dominated the conservative media landscape for two decades," the Journal determined.

Read the full report at WSJ.com.