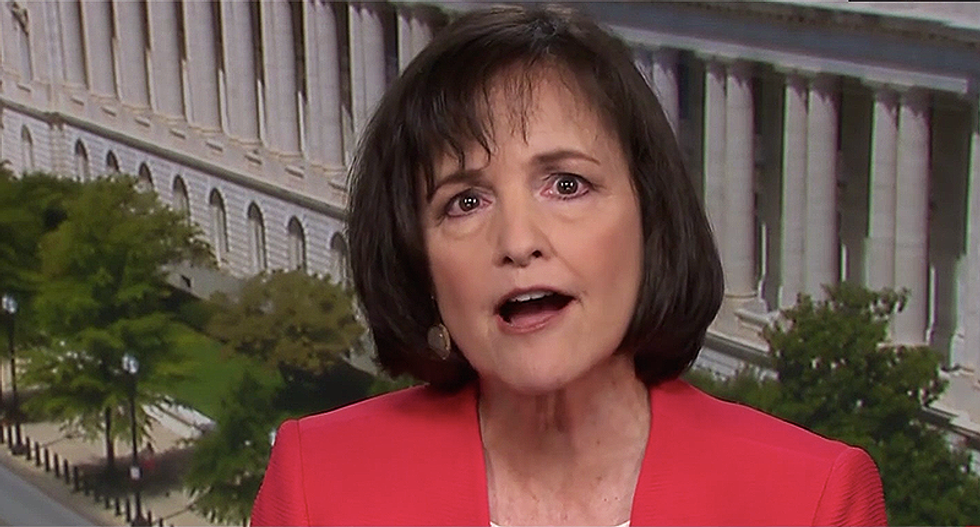 President Donald Trump's pick of long-time gold bug Judy Shelton for the Federal Reserve board of governors has proven too extreme even for the conservative National Review.

In an editorial advising Senate Republicans against confirming Shelton, the National Review argues that Shelton has wildly shifted her views on monetary policy throughout the years and has swung from advocating a return to the gold standard under former President Barack Obama to pushing for loose money under President Donald Trump.

"What is worrisome is the extent to which Shelton has echoed Trump’s views without even acknowledging how they differ from the ones she has expressed in the past, let alone explaining her change of mind," the editors write. "She wanted tighter money in the depths of recession a decade ago, and then advocated looser money at the height of a boom."

The editors acknowledge that Shelton would only be one vote on the board of governors, but they say that the economy might not be able to afford that vote if she advocates for tighter monetary policy while the country is in the middle of a recession.

"Her recent statements make her unpredictable rather than doctrinaire," they conclude. "That is not a recommendation for a part of the government that requires sober and steady judgment above all."