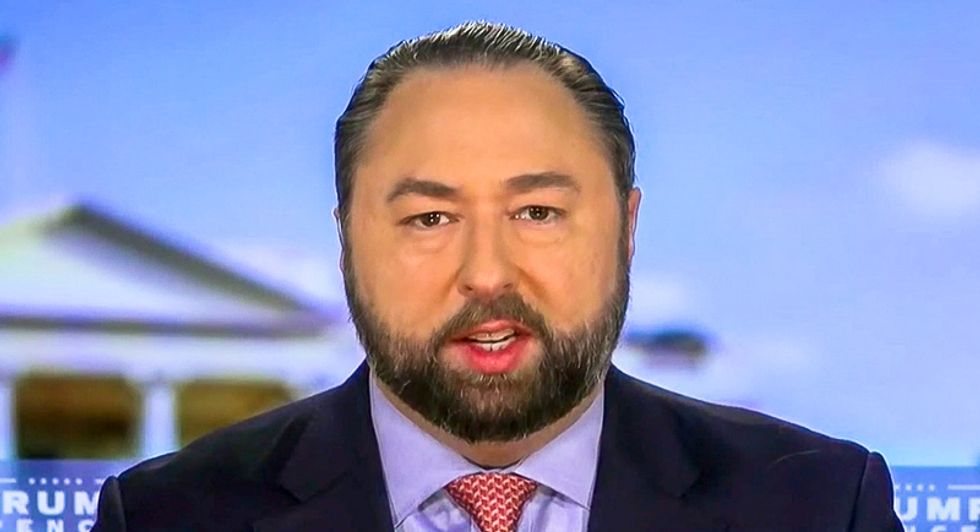 President Donald Trump's team of advisers and allies are being caught between a rock and a hard place after attacking 2016 recounts ideas and telling Democrats to quit whining. CNN's Chris Cuomo showed a supercut of several Trump officials' videos calling on Democrats to stop complaining about Trump and let him govern. That attitude has changed now that Trump lost by a large margin in the 2020 election.

When Trump won the election, former Green Party candidate Jill Stein launched a recount effort in Wisconsin. While Hillary Clinton didn't ask for any recounts, Stein raised millions to fund the effort. It was something that Trump's campaign then attacked liberals for.

"You have people out there calling for recounts that are unsubstantiated based on no evidence," said Kayleigh McEnany in 2017.

"This was a legitimate election, and no one should question the fact that President Trump is the president-elect," she said in another interview Dec. 2016.

"It's a fascinating group of these Democrats who can't seem to realize that it is time to move on. It is time to accept the fact that Trump will be the next president of the United States," said former White House aide and former Trump campaign staffer Mercedes Schlapp on Fox Business in December 2016. "And one of the key points of stability in our nation... is ensuring that we have a peaceful transition of power. And that at some point, Trump is pushing for this message of unity for all Americans. And unfortunately, the Democrats, they just want to throw a tantrum, which I think is hurtful for their party."

Her husband, Matt Schlapp, accused Hillary Clinton of being on a "sore loser tour" after writing her book. He told Fox Business News' Lou Dobbs that Clinton should "just get over it. She lost. Get out of the way and let Donald Trump be president.

Fox News host Sean Hannity asked his audience one evening after the 2016 election if Democrats are "sore losers." He answered his own question saying, "yeah, I do."

Rudy Giuliani, who held a press event at a landscaping company in Philadelphia last week, called Democrats "a bunch of spoiled crybabies," and said it was "really not the right thing in a democracy." He seems to have changed his tune now, however.

But it was Trump's top recount adviser, Jason Miller, who announced on Fox Business in Dec. 2016: "News flash for many of the partisan Democrats and those in the mainstream media who continue to try to delegitimize President-elect Trump's massive and historic win last month -- the election's over. Hillary Clinton lost. Now, President-elect Trump and Vice President-elect Pence are focused on going to work for the American people."