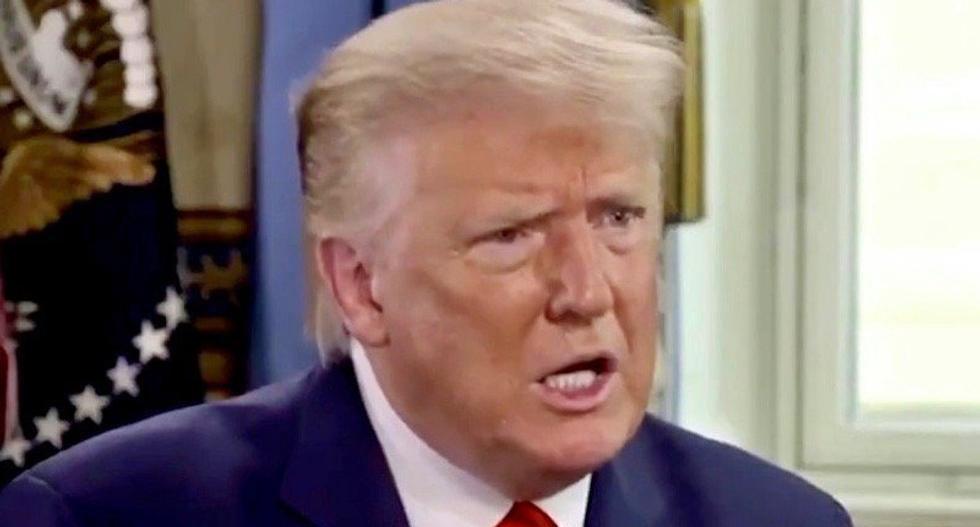 President Donald Trump's "law and order" campaign message apparently backfired with some of the suburban voters he'd hoped to attract.

The president responded to nationwide protests against racism and police brutality by campaigning against the lawlessness he saw in the demonstrations, but that message flopped with voters who were more concerned about systematic injustice, reported the New York Times.

The 51-year-old Magusin, who voted for the Green Party candidate in 2016, cast his ballot for Joe Biden because he believes Trump helped fuel some of the unrest in nearby Minneapolis.

Magusin wasn't the only voter in his suburb to turn against the president, who beat Hillary Clinton by six points in 2016 but lost Chaska, which hadn't backed a Democrat in nearly 25 years, by nine points this year.

Biden won Minnesota by 233,000, and his success there was fueled by improvements on Clinton's performance in suburban counties, where the populations are increasingly diverse and increasingly concerned about racism.

“That was a huge turning point for me, I think, in general of really understanding the Black Lives Matter movement and just embracing it,” said Amy Olsen-Schoo, a white Chaska resident who backed Trump in 2016 but voted this year for Biden.

The 45-year-old Olsen-Schoo came to realize she'd been wrong about Trump, who she hoped would push immigration reform and "drain the swamp" of corruption, and grew increasingly disgusted by the Republican Party she had always backed.

“I saw him as someone interesting, something different — it was appealing,” she said. “You look past some of those transgressions. I can’t believe I did that. I’m ashamed.”

Another former Trump voter from Chaska was initially drawn to his appeals to working-class people like herself, but she told the Times that she quickly concluded he was in over his head.

“He knows nothing what it means to be the working class,” said Rachel Frances, 22, who recently moved to Chaska and voted for a third-party candidate in this election. “It very quickly wore off, his whole allure.”