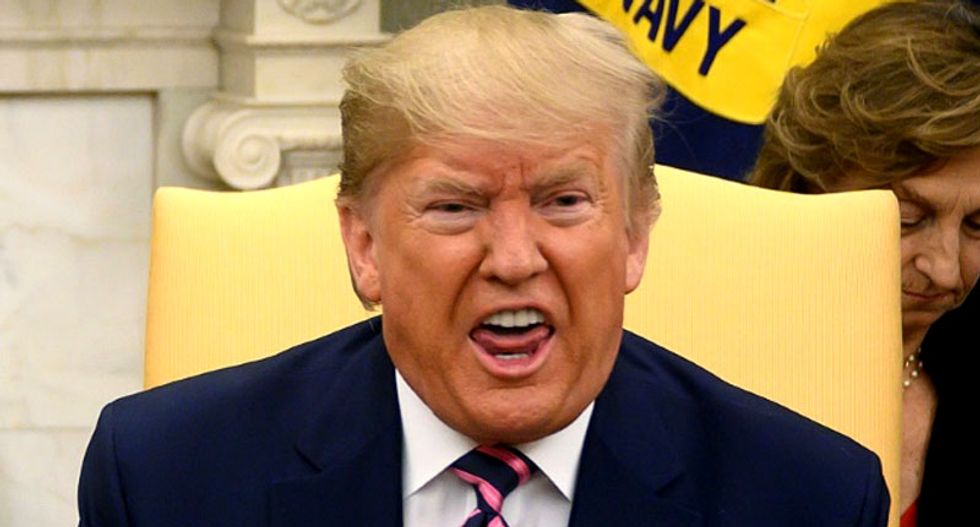 Joe Biden just won more votes than anyone else in American history, but the next four years may go down in history as the stymied presidency. That’s because it looks highly unlikely that the Democrats will get a majority in the Senate, leaving the chamber under the ironfisted control of Mitch McConnell, patron saint of polluters and profiteers.

Even before noon on January 20, 2021, Donald Trump will be in a position to do enormous harm that will complicate the Biden presidency. Indeed, we should expect Trump is already looking for ways to use his last eight weeks in office to punish our nation -- or at least the states that voted for Biden.

That assessment comes not from me, but from Trump himself. His life philosophy is a single word: revenge.

Trump wrote that in his book Think Big. Then he went on for 16 pages about how what gives him pleasure is ruining the lives of anyone who does not do as he asks. His long diatribe was intermingled with observations about his desires to do violence, especially against women, some of whom he has named like actress and talk show co-host Rosie O’Donnell.

“If you don’t get even you are just a schmuck!” Trump, via his ghostwriter, wrote. “I really mean it, too.”

That Trump ruined the life of a woman executive at the Trump Organization simply because she declined, for solidly ethical reasons, to make a telephone call, you can imagine the vengeance he is thinking about as he smolders in his easy chair watching even Fox News mocks some of his ridiculous claims about vote fraud and his winning the 2020 popular vote.

And if you think Trump might have changed his views against Christianity and renounced revenge since his book was published 12 years ago, consider this: at this year’s National Prayer Breakfast where he rejected forgiveness, a foundational tenant of the Christian faith he falsely claims to embrace.

But whatever damage Trump can wreak in the next two months, McConnell will be in a position to do lasting damage until at least Jan. 3, 2023, the next date when Democrats might seat enough senators to make McConnell minority leader.

McConnell’s conduct shows that has no respect for the will of the people unless it matches his views. This is the same Mitch McConnell who declared that he wanted to make Obama’s first term his only one and a failure. sent three right wing Senators to plot against Obama on the night of January 20, 2009, to ensure that the presidency of Barack Obama would be a one-term failure. As The Washington Post headlined a column by Jonathan Capehart, “Republicans Had It In for Obama Before Day 1.”

That 2009 meeting, secret at the time but since acknowledged by most of the 14 participants, was just one example of how McConnell’s evil lust for power has held back progress in America for most of this century. McConnell literally looks down his nose when asked by journalists about imposing his narrow mined and corporatist views on everyone else. A trust fund kid grown old and very rich, McConnell regularly displays his utter contempt for, our Constitution except for the parts that allow him to impose his will on America.

Just as McConnell refused to give an audience to Merrick Garland, the exceptionally qualified and centrist federal appeals judge who Obama nominated for the Supreme Court, the senior senator from the Bluegrass state can refuse to confirm Biden’s nominees to the cabinet and more than 1,000 other political appointments requiring the advice and consent of the Senate.

Under Trump, McConnell has looked the way at gross disregard for federal laws governing appointees. Just consider how Trump installed Matthew Whitaker as the de facto attorney general even though it violated our Constitution and a host of federal laws.

McConnell also has the power, assuming Republicans retain control of the Senate, to refuse any further coronavirus relief to be unemployed, landlords and small business owners. You can be absolutely sure that he will use his position to grant as little relief as possible while pushing for more of the lopsided coronavirus relief we saw last Spring and Summer when big business made out very nicely.

Elections have consequences. Welcome to the consequences of split government and the power of one man elected by people in a state with fewer than five million people to overcome the more than 71 million who voted for Biden.