WATCH: CNN’s Van Jones bursts into tears as election is called for Biden 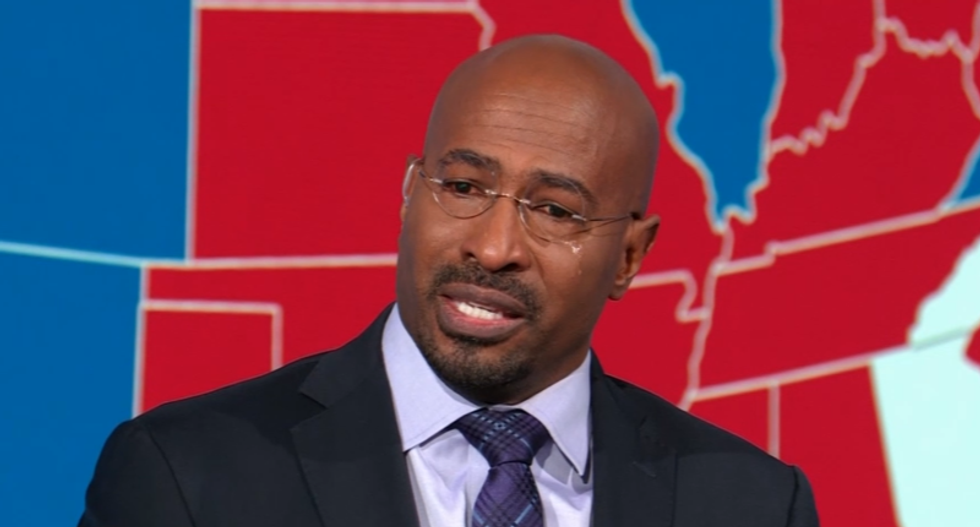 On CNN, after the election was called for Joe Biden, commentator Van Jones was overcome with emotion and broke down in tears as he described what the result means for many Americans.

"It's vindication for a lot of people who have really suffered," Jones continued, his voice choked. "You know, the 'I can't breathe,' that wasn't just George Floyd. A lot of people have felt they couldn't breathe. Every day you're waking up and getting tweets, and you're going to the store, and people who have been afraid to show their racism are getting nastier and nastier to you, and you're worried about your kids and you're worried about your sister, can she just go to Walmart and get back into her car without somebody saying something to her. And you've spent so much of your life energy just trying to hold it together."

"This is a big deal for us just to be able to get some peace and have a chance for a reset," said Jones. "And the character of the country matters and being a good man matters. I just want my sons to look at this. It's easy to do it the cheap way and get away with stuff, but it comes back around. It comes back around and it's a good thing for this country. I'm sorry for the people who lost, for them it's not a good day. But for a whole lot of people it's a good day."