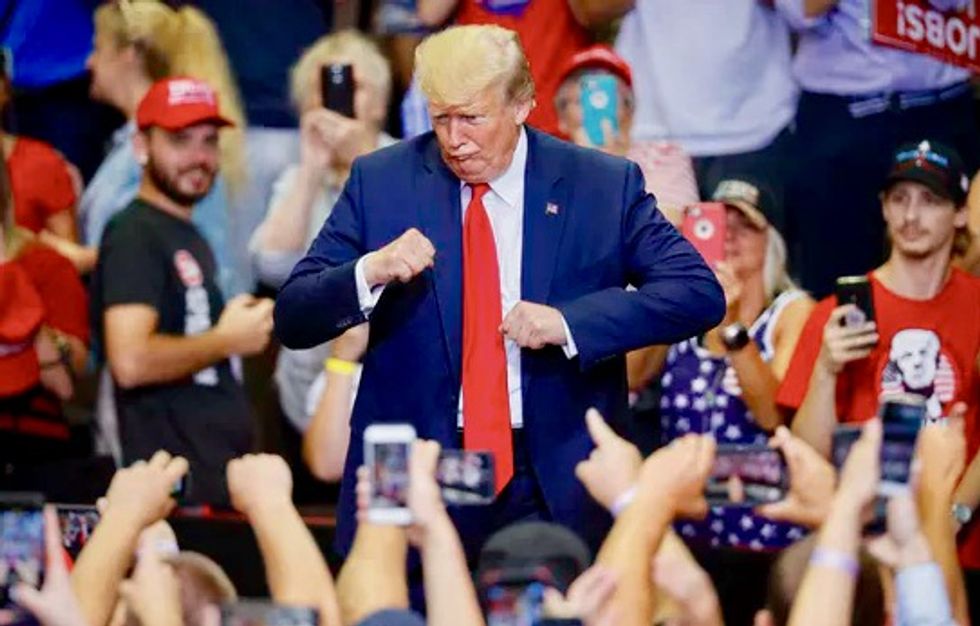 “What is wrong with 68 million Americans?” is a question many are asking the day after the election. Why should the race even be close? Why did 48% of voting adults choose to remain with a president who leaves a trail of hundreds of thousands of unnecessary deaths, the nation bankrupt, children in cages, and our natural habitat under existential threat?

It makes no rational sense—unless we correctly identify the problem. For almost four years, mental health professionals have been urging the nation to bring a mental health perspective to a mental health problem, instead of assuming that everything is political. All substitute approachess have failed, just as the best pandemic control comes from infectious disease specialists, not from a radiologist or economists. We have also anticipated the current situation as a product of having mental pathology in power for a prolonged period.

Many of his followers will equally experience his downfall as a life-or-death matter since he has conditioned this into them.

One indication of this effect is how Black and Hispanic voters have moved toward the president and not away, despite violent police attacks on Black Lives Matter protestors and disproportionate minority deaths from the coronavirus. No group, in fact, is immune to the spread of mental pathology, which by definition impairs insight or the very awareness that something is wrong, over time. Rational arguments, rather, face a monumental battle under these circumstances, and even something as clear-cut as death rates are not evident, as we discover. Once we place a severely mentally-impaired person in an influential position without treatment, the emotional drive of pathology is often difficult to defeat through rational means.

For months, Donald Trump has been emotionally calibrating his words and actions, like a delicate seismograph capable of sensing the exact mood of the country and how to respond in order to mobilize his followers. That led to ambiguous results on election night. While it may seem to defy rationality, it was very closely and accurately anticipated by many colleagues in the mental health field. This is why we repeatedly recommended that mental health experts be consulted to help prevent election theft, which would be attempted largely through psychological manipulation and symptom contagion.

In mental pathology, where higher functions are impaired, an individual taps more easily into “the primitive brain,” which is irrational but very powerful, as it is survival-driven. Illegitimate power is like oxygen to the narcissistically- or sociopathically-disordered mind, and such a person would be driven to do anything—including annihilate himself and the world—for his psychic survival. Losing an election would, therefore, not at all be like a healthy person’s experience of defeat. In fact, we know how much Donald Trump fears it through his readiness to call others “losers” and “suckers”, in order to separate himself and to disavow qualities he cannot tolerate.

Many of his followers will equally experience his downfall as a life-or-death matter, since he has conditioned this into them. Their bond is pathological to start, based on developmental wounds or regression to an earlier stage of development under stress, which led them to seeking a parental figure. They are thus vulnerable to someone manipulative and exploitative enough to say he will take care of them and protect them in unrealistic ways that defy reality. And once they do,  they often give up their agency and rationality. Recent footage of his followers chanting, “Fire Fauci!” is disturbing in its depiction of their conformity, loss of personality, and alignment with Donald Trump’s thinking—to suggest proactively that he remove the reminder of his unwanted reality: the pandemic. Delusions, paranoia, and violence-proneness are among the most contagious symptoms, and we see all these tendencies in his followers.

Under these emotional bonds, his followers will likely experience any threat to his position as an existential threat to themselves, which is why negative facts about him only activate defensive denial and disavowal, rather than abandonment. Abused children rather blame themselves than the parent as a survival impulse, for the parent is their lifeline, and it is easier to believe that he or she could never do wrong—and the more untrue this belief, the more insistently they cling to it.

“Shared psychosis” or “folie à millions” (madness by the millions) has been well-documented by renowned mental health experts such as Carl Jung and Erich Fromm. This contagion of symptoms dissipates when exposure to the primary person is reduced, which is why Donald Trump holds rallies as if his life depended on them—psychically, it does. It is also the reason why he cannot leave the presidency—in addition to the possibility of prosecution.

However, these are also the very reasons why he is extremely dangerous. Over one month ago, more than 100 senior mental health experts went on video record to declare that Donald Trump was too psychologically dangerous and mentally unfit to qualify for the presidency or candidacy for reelection. More than a week ago, we held an emergency interdisciplinary conference that followed an earlier National Press Club conference, broadcast in full on C-SPAN, which brought together thirteen of the nation’s top experts in fields as diverse as psychiatry, law, history, political science, economics, social psychology, journalism, climate science, and nuclear science. We emphasized the expansion of dangers into all domains and the need for fit leadership. A month ago, I urgently published a “Profile of a Nation,” to help the public understand in detail what it was facing through this perilous time.

The coming weeks and months will be the most dangerous period of this presidency. While our “Prescription for Survival,” first issued in March, was not heeded, it is again relevant for setting limits and preparing for other means of removal, without relying solely on the vote.  As mental health professionals, we do not comment on how he is removed—which is best left to legal and Constitutional experts—but we state that he must be removed, whatever the means, for public safety and survival.