'You're a sore loser': Eric Trump and Rudy Giuliani face off with British reporter 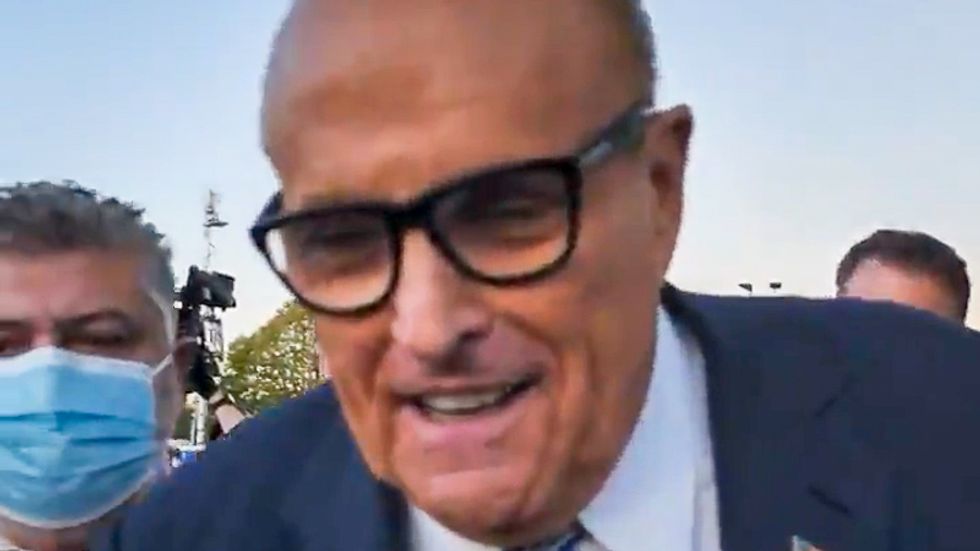 A correspondent for Britain's Channel 4 television this week confronted Eric Trump and Rudy Giuliani over the Trump campaign's attempt to derail the democratic process in several battleground states.

Correspondent Lindsey Hilsum caught up with the two men after the Trump campaign filed lawsuits to contest ballot counting in Michigan, Pennsylvania and Georgia.

Hilsum asked Eric Trump why the campaign had refused to "wait until all the votes have been counted."

"Because they're committing fraud right now," Trump snapped before walking away.

Hilsum then turned to Giuliani.

"Some people say you're a sore loser," she told him. "Go on. What do you say? Give a response to British television."

"Are you sure?" Hilsum asked.

Watch the video below from Channel 4 News.