‘Zero doubt’ that Biden has a better chance of winning than Trump: MSNBC’s John Heilemann 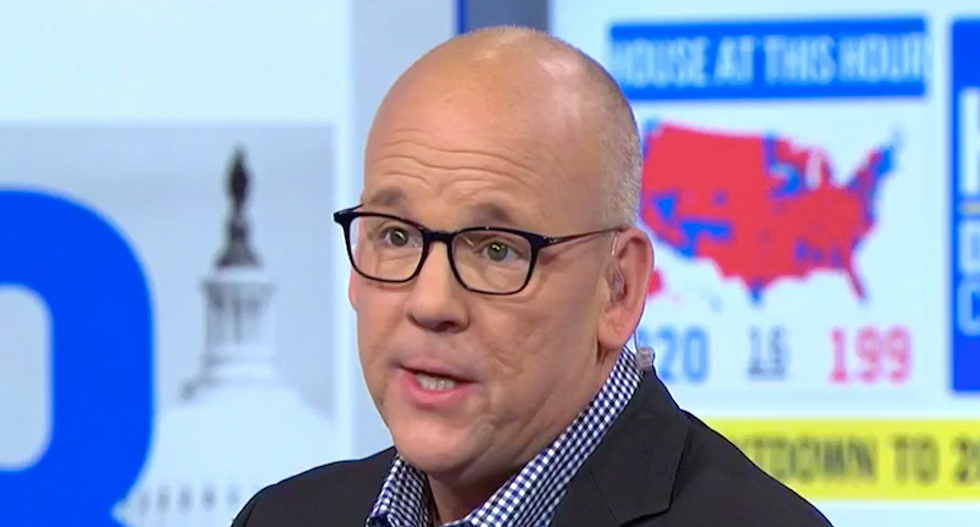 MSNBC's John Heilemann said Joe Biden's position is unquestionably stronger than President Donald Trump's on the day after the election.

The "Morning Joe" contributor thinks the Democratic challenger has more paths to victory than the president, who has already falsely claimed victory and demanded an end to voting -- which already ended on Election Night.

"As depressed at one point as Democrats were because the most optimistic scenarios for them had not come true, the reality was there were six states that were battleground states that had not been lost," Heilemann said. "Joe Biden had not lost any of them except for the -- out of the seven, Florida he had lost, but there were six that were still out. Of those six, five where Biden was in a better position to win them than Trump, given what was left in the vote and the way the map was playing out."

"So I think there's zero doubt, zero about whose hand you'd rather be playing right now between Donald Trump and Joe Biden," he added.

Last week the Red Cross issued its first-ever warning of a blood shortage so dire it is calling it a "national crisis." In response 22 top Democratic Senators signed a letter urging the FDA to once and for all end the ban on men who have sex with men donating blood.

The nearly four-decade old ban was instituted during the early days of the HIV/AIDS crisis. In 2015 the FDA reduced the complete and total ban to one where gay and bisexual men and men who have sex with men could donate blood if they had abstained from sexual activity for one year. In 2020 as the coronavirus pandemic raged, threatening blood shortages, the FDA moved to a three-month prohibition.