Amazon unveils new technology for spying on workers -- what could go wrong? 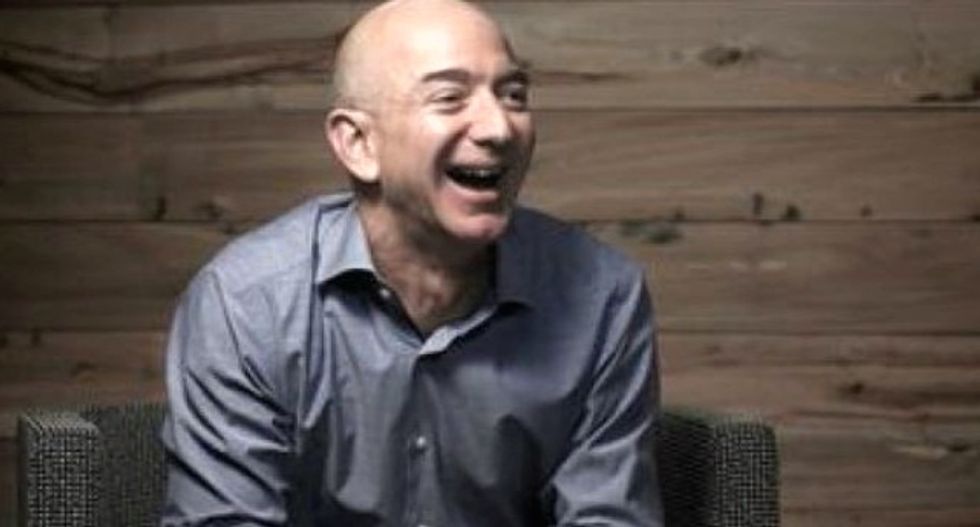 Mega-corporation Amazon burnished its credentials as the world’s leader in privacy invasion Tuesday by proudly releasing its latest advancement for secretly tracking employees through surveillance technology.

As the website Mashable.com reports, “Amazon-powered employee tracking is coming to a warehouse, and possibly a store, near you.”

The report continued, “In what should come as no surprise as companies around the world ramp up employee monitoring, customers are already champing at the bit to sic Amazon's tech on their own workers.”

That sounds nefarious enough, but while it is richly ironic that the Big Brother news largely escaped media notice, Amazon wasn’t cloaking its creepy initiative in secrecy. It was highlighted at its three-week virtual conference that began Monday called “AWS re:Invent 2020!” which, while grammatically challenged, pretty well speaks for itself.

For years, Amazon has battled privacy advocates over its longstanding efforts to “reinvent” the notion of intrusive monitoring of just about everyone, everywhere. But the company has taken special delight in tracking its employees’ every move, which of course has inspired its corporate customers to want to do the same.

Amazon’s assault on workers’ privacy -- its own and now, others -- has hardly been a secret. As recently as October 26, it prompted outrage by Democrats in the U.S. Senate, a news story which largely escaped public notice in the runup to the election.

“Four Democratic U.S. senators on Thursday sent a letter to Amazon CEO Jeff Bezos, demanding answers over its alleged moves to track and monitor employees and limit efforts to form unions,” Reuters reported. “Democratic senators Brian Schatz, Elizabeth Warren, Bernie Sanders, and Kirsten Gillibrand asked the company for details on the steps it takes to discourage workers from organizing, how it tracks workers who participate in strikes, and the law firms Amazon contracts for union avoidance.

““The fact that Amazon has decided to heavily invest in systems to retaliate against freedom of expression about unsafe and unhealthy working conditions, and to refer to organizing and workers’ rights mobilization efforts as threats against the company equal to those posed by hate groups and terrorism, is unacceptable,” the letter led by Schatz reads.

That’s all true, but it hardly stubbed the toe of the worldwide giant of giants. Amazon will not be allowing something as insignificant as people’s freedom to get in the way of the higher purpose of satiating corporations’ desire to spy on their employees.

It was all laid out well by Mashable’s report:

Amazon, of course, is notorious for monitoring its fulfillment center workers' movements in excruciating detail. From social-distance tracking systems to automatic tools that keep tabs on "the rates of each individual associate's productivity," Amazon has a well deserved reputation for invasiveness.

Amazon lists several "customers" on the Panorama page, one of which includes Fender (yes, the guitar company). Michael Spandau, the senior vice president of global IT at Fender, helpfully provides a little customer testimonial.  "With AWS Panorama and help from the Amazon Machine Learning Solutions Lab," he is quoted as saying, "we can track how long it takes for an associate to complete each task in the assembly of a guitar so that we're able to optimize efficiency and track key metrics. In other words, Fender plans to use this fancy tech to track how quickly its warehouse employees can assemble guitars.

Kate Rose, a digital security expert and founder of the anti-surveillance clothing line Adversarial Fashion, explained the possible dangers in the use case highlighted by Spandau.

We know from every other algorithmic audit of these kinds of systems that there are people for whom this kind of tracking and evaluation performs more poorly, and they are the populations already most likely to be surveilled at work and in their communities," she wrote over Twitter direct message. "Will the motions of employees of color, of older employees, employees with disabilities be more likely to be misread or determined to be substandard or inefficient, and threaten their employment?

Why yes, they will. Which is precisely why Amazon is watching.