Bill Barr is ‘getting the Jeff Sessions treatment’ from Trump as his firing appears imminent: CNN 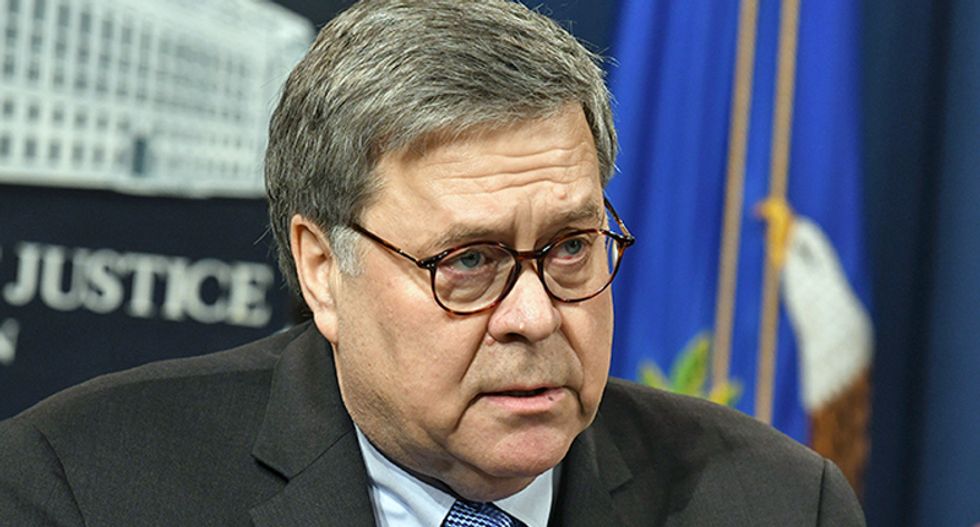 On CNN Saturday, correspondent Sarah Westwood reported that outgoing President Donald Trump is trying to ice out Attorney General William Barr for perceived disloyalty, just as he did for predecessor Jeff Sessions — triggered in part by new reports that Barr kept silent about federal probes into Hunter Biden ahead of the election.

"We are seeing these tensions between President Trump and Attorney General Bill Barr boil over into public view with the president," said Westwood. "But the president's frustration with Barr goes further back ... He was angry, CNN reported at the time, that Barr said in an interview that he had seen no evidence of the kind of widespread fraud that the president has been claiming, that his legal team has been pushing in court. And even before the election, the president expressed even more irritation at Barr because U.S. Attorney John Durham, who Barr selected to look into the circumstances surrounding the start of the Russia probe, wasn't planning on prosecuting anyone or publishing any evidence before the election."

"Now it appears Barr is getting the Jeff Sessions treatment, essentially," continued Westwood. "Jeff Sessions was the president's first attorney general, and you'll recall that President Trump was very critical of Sessions in public for months because he was upset that Sessions had recused himself from the Russia probe, and that led up to Sessions' firing the day after the midterm elections. CNN is told that Barr has no intention to leave the administration unless he senses that he's about to be fired by President Trump, which, as we know, could really happen any time in a tweet. CNN has also learned that Barr and Trump are not on direct speaking terms right now. So very thin ice for Barr at the moment."