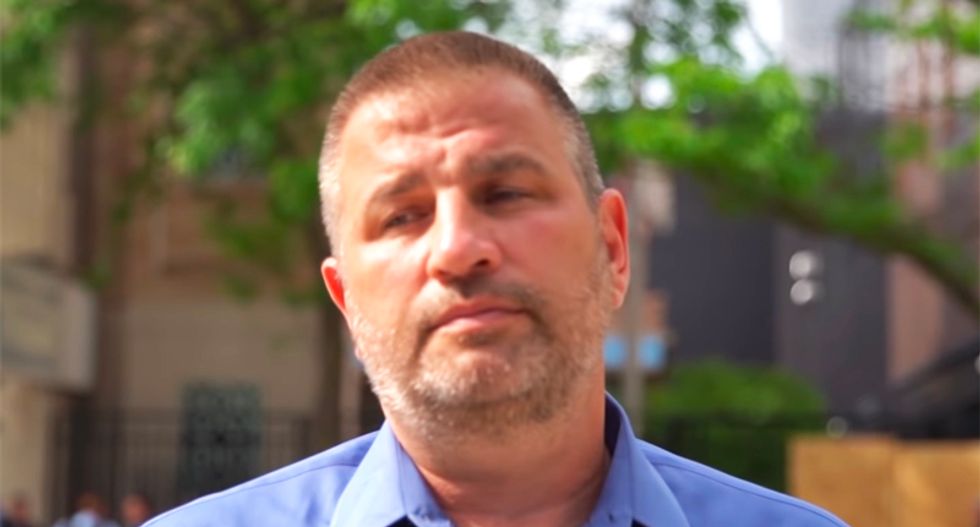 According to a report from the Chicago Sun-Times, the head of the Chicago Fraternal Order of Police is facing termination from the police department due to a collection of threats he posted on his personal Facebook page.

Late Thursday night the chief administrator for the police board cleared the way for John Catanzara to be dismissed for more than a dozen comments he made on the social media platform over a period of years, that included threats to  murder people (writing: "Wtf its [sic] seriously time to kill these motherf*ckers") as well as writing Muslims are "savages they all deserve a bullet."

According to the report, Catanzara "was one of the most frequently disciplined members of the department," and was elected union head by the rank and file officers in 2020 at the same time he was on suspension.

With his fate in the hands of the full Chicago Police Board -- and Police Superintendent David Brown recommending he only be suspended for a year -- the officer blamed politics for the decisions, reports WGN.

“The timing is beyond suspicious. It was rendered by a Rahm Emmanuel disciple which was supposedly 'random,'" he said. “Our members have not received any fairness from COPA or the Police Board for several years now. To think I will get a fair hearing is beyond ridiculous.”

His firing comes at a time when the city is fighting with the union over a new contract, with the Sun-Times reporting, "The FOP’s last contract expired more than 3 1⁄2 years ago and the two sides have shown few public signs of a warming relationship in recent months."

You can read more here including a copy of the complaints filed against the union head.