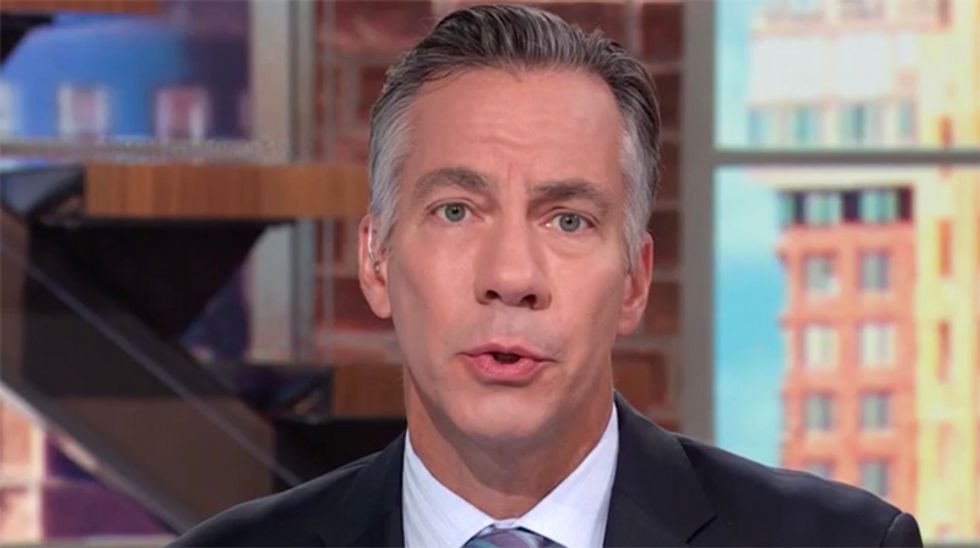 CNN's Jim Sciutto on Wednesday knocked President Donald Trump for seemingly blowing off his duties as president while focusing entirely on his personal grievances about losing the 2020 presidential election.

Sciutto interviewed Sen. Dick Durbin (D-IL) about new revelations about Russian government-sponsored hackers infiltrating multiple U.S. government agencies including the Pentagon, the Department of Homeland Security and the Department of the Treasury.

Durbin accused Russia of "relentlessly trying to invade America's cyberspace and to compromise individual identities as well as critical and sensitive information," and he said that President Donald Trump's repeated efforts to cozy up to Russian President Vladimir Putin were not helping matters.

"We can't be buddies with Vladimir Putin and have him at the same time making this kind of cyber attack on America," he said. "This is virtually a declaration of war by Russia on the United States and we should take it that seriously."

Sciutto then noted Trump's total silence about the hack.

"As happens so often, the president has yet to make a public comment about this," he said. "He is tweeting about Fox News commercials this morning. In your view, was the Trump administration asleep at the wheel here?"

Durbin replied that the Trump White House was "completely compromised."