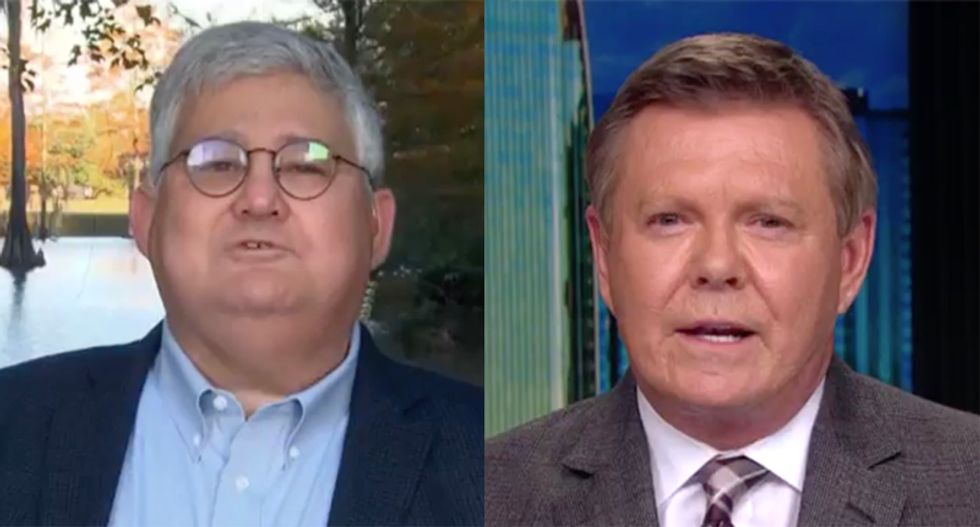 CNN host Martin Savidge called an abrupt end to an interview with the head of the Georgia Republican Party on Saturday morning after his guest continued to question the results of the 2020 presidential election in his state.

Appearing on CNN on Saturday morning, Republican David Shafer was repeatedly fact-checked by the host as he maintained that there was widespread fraud in Georgia that led to President Donald Trump's loss to former Vice President Joe Biden.

"Mr. Shaffer, do you believe that there is widespread voter fraud in Georgia?" the host asked.

"There are unquestionably problems with the election," the Republican shot back. "We filed a lawsuit yesterday that shows that thousands of votes were cast by inmates in prison, by people who don't live in the state."

"That's an allegation you've made, that's not proof of anything," host Savidge cut in.

"We submitted hundreds of pages of evidence, along with a lawsuit and it will be litigated in the courts. but we've seen over the last several years, the Democrats have filed a series of lawsuits that were done to eliminate election safeguards, sow confusion and upend the timely and accurate counting of ballots. and that is a problem that absolutely must be corrected," Shaefer continued before adding, "You know, whether you like President Trump or not."

"Well, you must be keenly aware that, of course, the whole election process in this state is run by Republicans from the governor, from the secretary of state," Savidge attempted to which the GOP chairman replied, "That's not true at all," leading the host to add, "Well it's also the Georgia Republican legislature is dominated by Republicans."

After a back and forth over several minutes with the CNN host fact-checking his guest several times, Shafer continued on filibustering about more allegations about voter fraud, which led to host Savidge speaking over him with a curt, "David Shafer, thank you very much for joining us this morning. Appreciate it, we will get in touch," as he pulled the plug on the appearance.