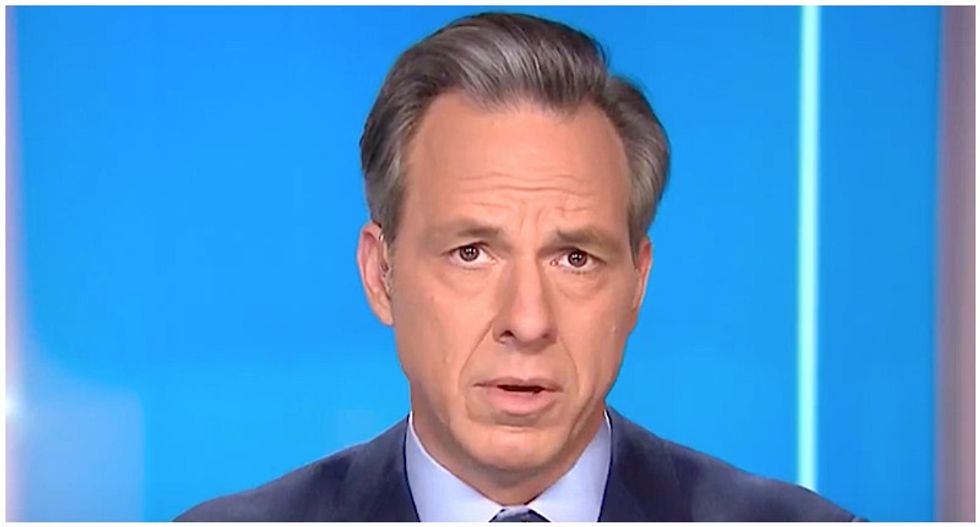 In his closing comments on CNN Sunday morning, "State of the Union" host Jake Tapper sarcastically thanked Donald Trump for the lawsuit filed on his behalf by Texas Attorney General Ken Paxton to overturn the election which prompted 126 GOP lawmakers to sign amicus briefs supporting it.

According to the CNN host, that allowed Americans to see them as the "power-grabbing" hypocrites they are.

“18 state attorneys general, some U.S. Senators, and a majority of the House Republican caucus — 126 members — supported it," Tapper deadpanned. "President Trump did us a favor by exposing these elected officials. They are definitionally people who signed on to a desperate desire to subvert the will of the American people, to disenfranchise voters in Georgian, Pennsylvania, Wisconsin, and Michigan based on lies and conspiracy theories, putting an immoral and corrupt power grab above democracy. President Trump did us a favor by revealing to us that those individuals are who they are.”

He then added, "President Trump made House Republicans go on the record. He made them stand and be counted and 126 of them, including Republican leader Kevin McCarthy and Republican whip Steve Scalise, they actually signed their names to this. This unconservative, undemocratic, un-American mendacious joke of a lawsuit that would disenfranchise millions of their fellow Americans.”