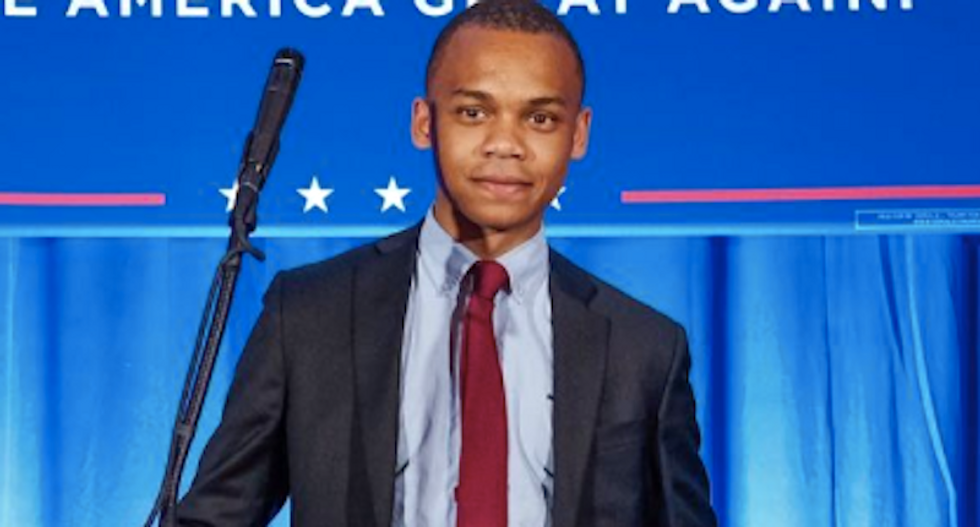 A conservative social media personality was widely mocked for boasting about casting an Electoral College vote for President Donald Trump.

C.J. Pearson, a teenage political commentator, was nominated as a Georgia elector by the state's Republican Party, whose delegation cast votes for the president's re-election to protest Joe Biden's election win last month.

"Right now, the Republican slate of Georgia electors is taking decisive action by casting their votes in support of @realDonaldTrump," Pearson tweeted. "#StopTheSteal"

Earlier this year, I was honored to have been nominated to represent the state of Georgia as a member of the Electo… https://t.co/86WlrpcjQB
— CJ Pearson (@CJ Pearson)1607966416.0

The high school senior was named as a plaintiff in the so-called "Kraken" case Pearson v. Kemp, which baselessly claimed Biden's win was tainted by fraud and other irregularities, and other social media users mocked his efforts to undo Trump's loss.

Pearson and state GOP leaders met in another part of the state Capitol to cast alternative electoral votes for Trump, which they said keeps his hopes alive for overturning his loss by about 12,000 votes in Georgia.

@thecjpearson @realDonaldTrump My two dogs and I just cast 3 electoral votes for Beth Harmon because someone that g… https://t.co/wqgtT0PZnt
— Chris Chapman (@Chris Chapman)1607967806.0

@thecjpearson @realDonaldTrump We will count them in the alternate universe!
— Wesley Smith (@Wesley Smith)1607967203.0

@thecjpearson @realDonaldTrump Lol. You literally have no power. This means nothing.
— Adam Keleman (@Adam Keleman)1607967300.0

@thecjpearson @realDonaldTrump So cute you guys are doing cosplay and pretending to electors.
— BOSSFAN55 (@BOSSFAN55)1607968357.0

@thecjpearson @realDonaldTrump I declare your vote invalid. No backsies and I'm standing in the safe zone.
— Dwight Williams (@Dwight Williams)1607968788.0