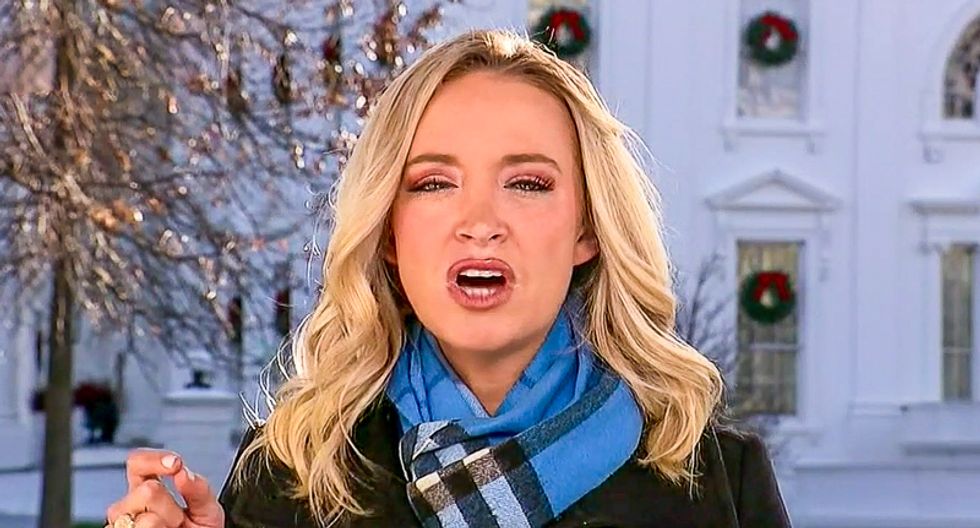 White House Press Secretary Kaleigh McEnany was criticized after she refused to say whether President Donald Trump will accept the results of Monday's Electoral College vote.

McEnany was asked about the Electoral College vote by CNN's Jim Acosta on Monday after she finished an interview with Fox News. The press secretary declined to respond to the question.

Just asked @presssec if Trump would accept the results from the Electoral College today. She did not respond.
— Jim Acosta (@Jim Acosta)1607969762.0

Commenters on Twitter accused McEnany of being a "cult follower" and a "spineless subordinate."

Others argued that the question was "pointless" because President-elect Joe Biden will be sworn in even if Trump does not concede the election.

An aide holding an umbrella over @PressSec head? OMG they really think they're royalty. How do Trumpers not see t… https://t.co/kiI4iqWBcb
— Juliet Huddy (@Juliet Huddy)1607970459.0

Having to be the aide that holds an umbrella over mcenany’s head actually sounds like my personal nightmare / hell https://t.co/HTYyoR1vRm
— O (@O)1607970863.0

@PatriciaCLee @Acosta @PressSec While I agree with you, @Acosta should be able to ask @PressSec this question and i… https://t.co/bm4vsRNElu
— methodicjon (@methodicjon)1607970008.0